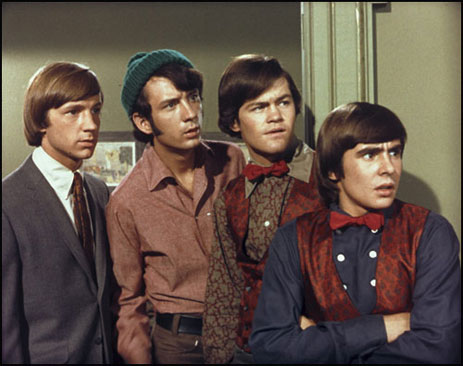 The Monkees will tour this fall– with Mike Nesmith coming back to the band. I guess with the sad, sad passing of Davy Jones, Mike realized he had to join Mickey Dolenz and Peter Tork one last time. The Monkees have a huge fan base, and deservedly so. Initially a made up band a kind of joke from the mid 60s, it turns out they have a great catalog of hits which has endured. If they sing “People Gotta Be Free,” which used to close the show’s credit, I will be very happy. Here’s the release and the tour dates. This could be bigger than The Who tour. In addition, Mickey is doing like 15 projects lately. I love Mickey Dolenz. Who doesn’t?

The Monkees are set to return to the stage this November for a 12-date U.S. tour, marking the first time Michael Nesmith, Micky Dolenz and Peter Tork have played together since 1997. The tour kicks off at Escondido’s California Center for the Arts on November 8th and finishes at the Beacon Theatre in New York City on December 2nd.

The trek is also Nesmith’s first with the Monkees since a brief U.K. run in 1997; and of course, it’s the group’s first outing since singer Davy Jones passed away in February. “This seems like a good time to do this – the right time,” says Nesmith. “Who knows when we will get another chance?”

The Monkees will perform a selection of their biggest hits and deeper cuts from their first five albums, as well as music from their film Head and their TV series. Accompanying the tunes will be a multimedia show filled with rare films and photographs.

Jones will be saluted “in the show’s multimedia content,” according to a statement.

Dolenz’ PR-rep David Salidor also revealed that a new album from him, called REMEMBER, will be released on 9/25.