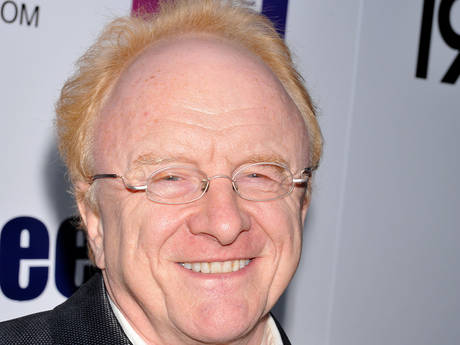 Peter Asher celebrated his 68th birthday Friday night by doing two shows at Feinstein’s at the Regency. He’s got two more shows tonight (Saturday) and if you’re a Beatles fan or a fan of James Taylor and Linda Ronstadt, or Peter & Gordon, the British singing duo of the mid 60s, get over there. Not only that: Peter Asher wrote the main song– “Love Always Comes as a Surprise” from “Madagascar 3” with Hans Zimmer. Trust me: It will be nominated for Best Song this winter for the Oscars. He was also there in his own house in London when Paul McCartney and John Lennon composed “I Want to Hold Your Hand” on his mother’s piano.

McCartney dated Peter’s actress sister Jane for years, and lived with the Ashers in their posh home. It’s where he wrote tons of songs including several for Peter (Asher) and Gordon (Waller) that became international hits, like “A World Without Love.” All of this Asher tells in his highly entertaining mixed media show at Feinstein’s that features a top notch L.A. rock band. With the band he sings his own hits, and the band plays Badfinger’s classic hit, “Day After Day.” (Badfinger was on the Beatles’ Apple Records, which Asher ran for McCartney.)

Asher’s show should be filmed as a feature documentary, and he should write a book. He’s reluctant to do either. But the former child star turned pop singer of the 60s turned manager-producer of Taylor and Ronstadt has a lot of great stories. (He also discovered Taylor. And he’s the only rock manager I can think of who was ever on the cover of Rolling Stone.) He tells them compellingly in his show, and it’s really almost unbelievable how much rock history he has witnessed or created. But it’s all true, which makes it very cool. Also, his daughter Victoria is lead “keytarist” and singer for the band Cobra Starship. The apple (or Apple) doesn’t fall far from the tree.

Last night actor Michael Murphy and Kathryn Altman, widow of director Robert Altman, and comic Taylor Negron, were among the guests at Feinstein’s. Maureen van Zandt, wife of E Streeter Steve van Zandt, brought go-go girls to help celebrate Asher’s birthday. Catch one of those last two shows tonight. The next ones are in August on Martha’s Vineyard, with special guest Kate Taylor (sister of James).