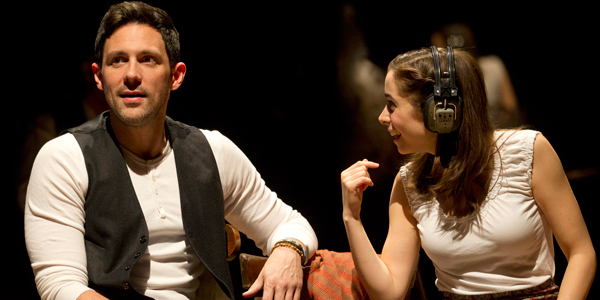 The new Best Musical on Broadway is already proving fruitful for its creators. John Carney, who directed the original film. has a new project starting imminently. Scarlett Johannson is out, but Mark Ruffalo, Kiera Knightly, and Hailee Steinfeld are in. Judd Apatow is producing Carney’s music film called “Can A Song Save Your Live?” with these two young women vying for the attention of a washed up music producer. The production just put out a casting call for supporting roles and expects to start shooting in June. It’s not clear what the original music will be like, or who’ll be writing it.

But… in a related story, Glen Hansard, who wrote the music for “Once” with Marketa Iglova, has a new album out on June 19th. I’m pleased to say that it’s top notch and quite fine, with hits aplenty especially if radio will make the connection between “Once” the Tony award winning show and Hansard. I’m crazy about “Maybe Not Tonight,” But there are lots of catchy tracks. http://www.youtube.com/watch?v=MjUXT8-3yxc. There’s more from “Rhythm and Repose” at www.glenhansardmusic.com The album is a winner. And meanwhile, Marketa is playing dates all over the place.

Now all we need is an album of new songs from star Steve Kazee. Don’t worry, it’s coming. If I were a record label (Decca?) I’d get right on it.