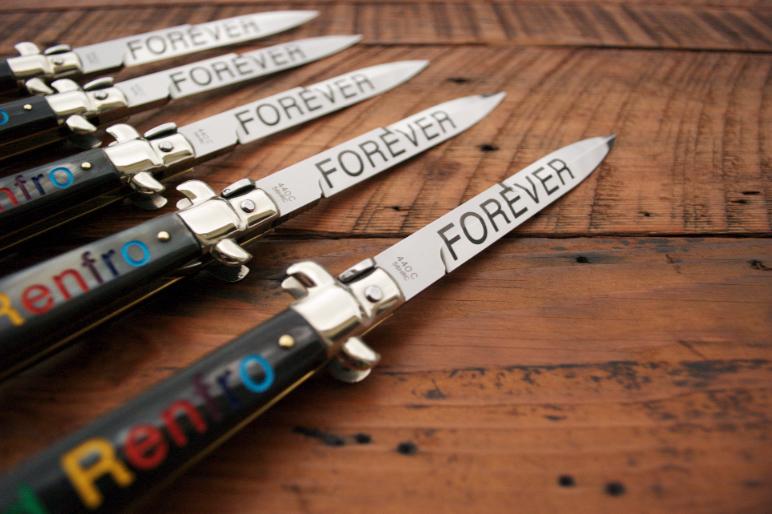 Saturday–June 9th -James Franco is flying up to New York from New Orleans, where he’s shooting at least one movie. He and performance artist Laurel Nakadate are going to give a talk at the New Museum on the Bowery beginning at 5:30pm. There will not be a psychic involved, even though there had been rumors. The last time these two did something, there was a seance. Franco is going to show a short film about his late friend, Brad Renfro, called “Brad Renfro Forever.” There will be the opportunity to buy a limited edition switchblade emblazoned with the words Renfro Forever. There are 100 knives, made by a famous knife maker. It seems like they may sell for $850. You can read more about it at  http://www.thethingquarterly.com/projects/james-franco.html.