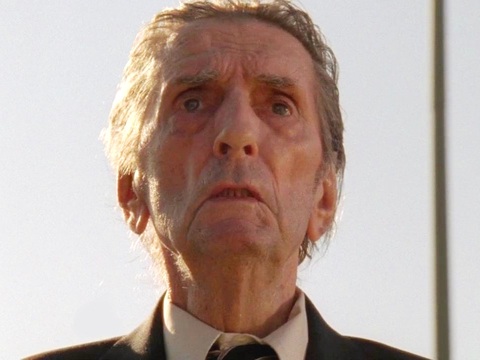 “The Avengers” : I can’t tell you exactly what happens plot wise, other than Nick Fury calls in his favorite Marvel super heroes to fight something–aliens, I guess. Loki, half brother (or step, not sure) of Thor, is the lurking enemy, played at a higher level than any cartoon character before him by Tom Hiddleston. And frankly, that’s the beauty of Joss Whedon’s blockbuster of a movie. All the actors are top notch. Their characters have been drawn very sharply, with just enough background given to each one that the audience can identify with them whether or not they’ve ever read a Marvel comic.

There are lots of “Easter eggs” too–85 year old Harry Dean Stanton nearly steals the movie as a security guard who stumbles on The Hulk as he falls into a building from space. Stan Lee himself makes Hitchock like appearance toward the end. Veteran actor Robert Clohessy is a perfect New York cop. Gwyneth Paltrow makes a couple of cameos as Pepper Potts, shoeless for reasons unexplained. Clark Gregg has a nice turn as a federal agent.

But the special effect are super- and the 3D really seems to mean something. You really feel like you’re in a comic book. And again, the writing — for this sort of thing–is snappy and fun. Robert Downey Jr as Iron Man gets to quip a lot–asking Thor, “Is this Shakespeare in the Park?” as the super heroes agonize over their lot in life. There are lots of asides from everyone, giving “The Avengers” the same kind of energy that made Sam Raimi’s “Spider Man 2” so much fun.

The movie is sort of organized around Tony Stark/Iron Man (Downey) but he’s not unduly the central figure. All the characters get equal time. Mark Ruffalo does reinvent Bruce Banner aka The Hulk. Chris Evans makes Captain America much more interesting than he was in own movie. Sam Jackson–as Nick Fury–carries off his part as ringleader of The Avengers like it’s “Aliens on a Plane.” Jeremy Renner is going to bring archery back to summer camps this summer (“The Hunger Games,” too). Stellan Skarsgard is just right as a mad scientist.

The audience loved it– loved it–and so did my family. “The Avengers” will top $500 million worldwide today, and for once, it feels right. It’s just good old fashioned entertainment. What a relief!