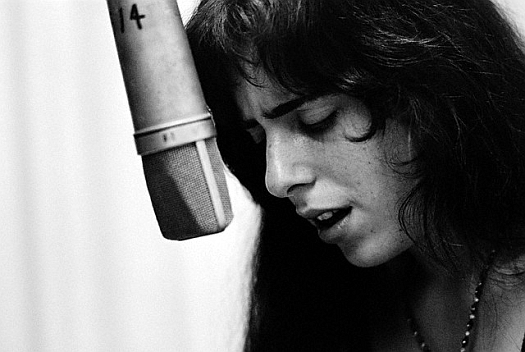 I’ve been telling you here and on Forbes.com that the Rock and Roll Hall of Fame wouldn’t invite or acknowledge the only child of Laura Nyro to their induction ceremony in Cleveland on April 14th. Well, good news, it’s a Passover-Easter miracle. Joel Peresman, president of the RRHOF Foundation, has informed Gil Bianchini that’s there’s been a change of heart. Gil and significant other (mother of his one year old twin girls), has been invited to sit with the stars and celebrities at the Cleveland event. He’ll also be called up to the stage, where Bette Midler will introduce him and give him his mother’s award.

It’s a happy ending. I don’t know all the details yet, but suspect that Bette Midler and Jann Wenner had a hand in making this happen. So, that’s great. Bianchini was young when his mother died. He’s a sweet who’s just now understanding how incredibly talented, important, and influential she was. As he told me recently, “I just thought of her as my mother.”

This may be a turning point for the RRHOF–doing the right thing. I hope so. For people who love rock and pop, and respect its history, we want the Foundation to be on the good side of things.  Now maybe, too, Bianchini can get his mother’s personal effects from Nyro’s former executor, Patti Di Lauria, without having to go to court.

In the meantime, over the weekend, look up Laura Nyro’s many recordings, and the classic covers of her songs by the 5th Dimension, Three Dog Night, Blood Sweat and Tears, and Barbra Streisand among others. Hopefully some of them will show up this summer for the Lincoln Center outdoor concert tribute to Nyro that’s also being planned.