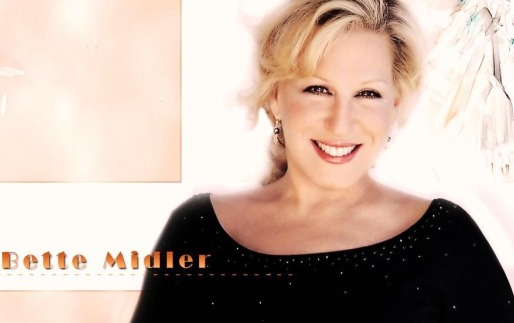 No, Bette Midler does not write songs. But she’s getting the Sammy Cahn Lifetime Achievement Award from the Songwriters Hall of Fame in June, just announced. The award goes to a performer who’s responsible for covering lots of songwriters and establishing them. Midler has been a major force in this department, deploying her magnificent voice on dozens of hits like “Do You Wanna Dance?,” “Friends,” and songs by Bob Dylan, Neil Young, and plenty from the 40s, 50s, and 60s–as well as “Wind Beneath My Wings” and “From a Distance,” her two biggest hits….

Meantime, the Apollo Theater Foundation has just announced its inducting Lionel Richie and the late Etta James at their annual gala, also this spring. They follow people like Aretha Franklin, Stevie Wonder, and Quincy Jones in the Legends Hall of Fame. All great choices. It’s a shame Etta won’t be here to accept the honor. Plus CitiGroup will get a corporate honor. Their retiring leader, Dick Parsons, has been a major force in keeping the Apollo alive and thriving the last few years. And the Apollo has never looked or sounded better. Plus, the neighborhood around it has grown and flourished as a retail bonanza.