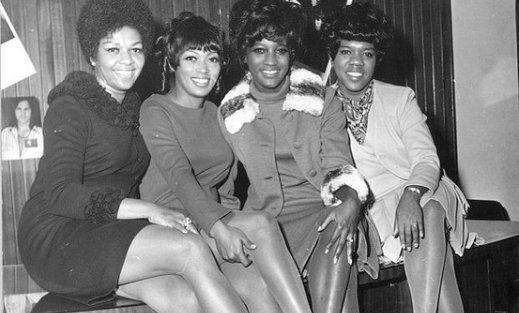 Last night on either “ET” or its miserable sidekick “The Insider,” Cissy Houston–Whitney’s mother–was identified as a former Elvis Presley backup singer. Just so you know as you watch the funeral tomorrow, Cissy Houston is one of those great unheralded R&B stories. She had a group called the Sweet Inspirations. More importantly than singing with Elvis, the Sweet Inspirations had their own hits. They also sang back up on most of Aretha Franklin’s classic hits in 1967 and 1968. It’s Cissy’s high note counterpointing Aretha’s amazing record, “Ain’t No Way.” Later Cissy sang back up on lots of hit records including Linda Ronstadt’s “Heart Like a Wheel” album and Bette Midler’s “The Divine Miss M.” The Sweet Inspirations are also heard on countless top 10 hits, many of them from Atlantic Records during its heyday. The early members of the group included Cissy’s niece Dee Dee Warwick (Dionne’s gifted sister) and Doris Troy (“Just One Look”), sister of Vy Higginsen. “Cissy” Emily Drinkard was a member of her family’s gospel group, the Drinkards. Her eldest sister was the mother of Dionne and Dee Dee.When I first met Whitney, it was with Cissy and her ex husband John; they were divorced when Whitney was 16. I think I annoyed Whitney a little because I was so in awe of meeting her mother. Cissy and John spent countless hours on the road, touring, and in recording sessions. Their life before Whitney hit it big was hard. It’s impossible to imagine the grief Cissy is suffering now.

Here are some links: