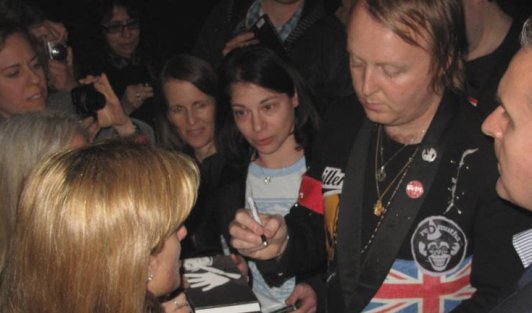 James McCartney is 34 and he’s the son of the world’s most accomplished, and famous rock star. Let’s face it–not easy if you are also a musician. So last night James made his New York debut with his group at the intimate Rockwood Club on Allen Street on the lower East Side. And he was great. He has Paul’s wide face, his late mom Linda’s blonde hair. His voice is sort of a combination of each, which makes his singing independent from the famous Beatle and but still imprinted with lots of personality. He is also naturally gifted musically–keyboards, guitar, whatever. James can rock it out, then switch to a haunting ballad. He and his band also made nice work of Neil Young’s “Old Man.” 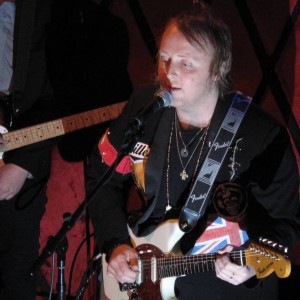 Maybe some fans were looking for Dad last night, but he wasn’t there. Instead, James’s uncle, John Eastman (Linda’s brother) and John’s son, Lee (James’s first cousin) with wife Vanessa covered for the McCartney-Eastman clan. The small, friendly club was jam packed, and no one left disappointed. James is promoting a new CD called “The Complete EP Collection,” which you can buy or download online. It was produced by Paul McCartney and David Kahne. I give them credit–James has his 0wn style and sound.

On stage he is shy, which he can work on. He talks, but he’s still tentative. A few self deprecating Beatles jokes would loosen things up. I did ask him why he waited so so long to get his career started. His answer was thoughtful. “First, the loss of my mother was a lot,” he said, which was incredibly disarming. Linda McCartney’s death was tragic. “And then I wanted to be ready”–and not half baked. And guess what? He is. Nicely done.