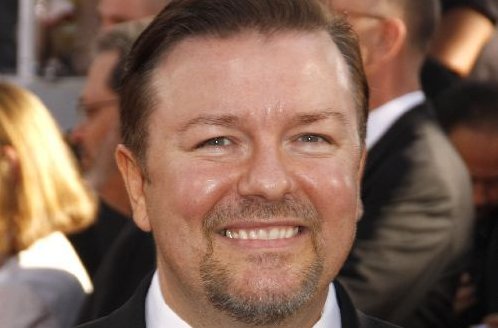 “So it looks like I’m hosting The Golden Globes for a third and definitely final time.

It was a tough decision to be honest. There were many pros and cons. I loved doing it, but I was worried that I couldn’t improve on last year. I’m in LA anyway as I’m launching Life’s Too Short on HBO. But then I didn’t want the Globes to overshadow the series. I knew some people would be uncomfortable with me being host. (This was a pro by the way.)

What actually tipped the balance and made me say yes, was the fact that it would shut up all those fucking idiots who said that I’d never be invited back. Is that the wrong reason to do something? Ha ha. I think it is.

Now here’s the thing. The outrage I caused was of course, as usual, totally out of proportion to the things I said. I don’t think anyone had any right to be offended but they were. This year I’m going to make sure their offence is completely justified. The best thing about it is writing the gags. I love writing one liners. Particularly when they can’t be used in any other context. It gives them a special weight on the night if you know what I mean.

Follow me on Twitter and let me know your favourite targets for the monologue.
I’m enjoying it already.”