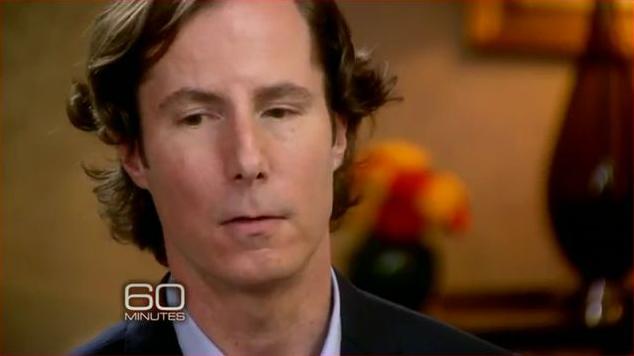 So guess who was sitting in our row last night at Carnegie Hall for Glamour Magazine’s Women of the Year awards. Why, Andrew Madoff and his fiancee Catherine Hooper. We spoke to them briefly, at the end of the very long two presentation. Indeed, Madoff seems to have survived “60 Minutes” and life’s slings and arrows enough to venture out in public. He was very friendly. So was she. No one else seemed to recognize them. The son of imprisoned mega criminal Bernie Madoff did not walk the red carpet.

Like us, they navigated through a night of Jennifer Lopez (giving a nice, off the cuff speech), plus Diane Sawyer, astronaut Mark accepting an award for his wife, Gabby Giffords. Other celebs honored included Arianna Huffington (who stopped and took tons of pictures with young girls in the audience after the show), Chelsea Handler, Jennifer Aniston (who introduced her), designer Tory Burch, Emma Stone, Lea Michele, Gloria Steinem, and artist Cindy Sherman. Debbie Harry was supposed to sing, but we have may have missed that in the beginning.

It was the non celebs who were exceptionally moving, however. Egyptian revolutionary Tweeter Esraa Abdel Fattah and Wilthelma “T” Ortiz Macey, who grew up in 14 different foster homes, were the real stars of the night. Born in Oakland, she was put on the street at age 10 and forced into sex slave work. At 17 she somehow got free, and is now a mentor with the Rebecca Project for Human Rights. She also got to wear a Tory Burch dress for the evening, which was one of the many details that brought her to tears.

Kardashians? Esraa Abdel Fattah said, “What is that?” when I asked if she’d ever heard of them. She was busy sitting in the middle of Cairo’s Tahrir Square last January, sending out messages on Twitter and Facebook until Hosni Mubarak was overthrown. She had already spent time in jail in 2008–and not for DUI or stealing a bracelet or anything so ridiculous. I hope she never finds out how we wasted our time last winter.

PS JLO took the stage in a white and gold Versace gown, and she was relaxed and funny. After the show she did a 30 minute dressing room change into a black lace dress, and joined manager Benny Medina and pal Erica Reid at a dinner at the Museum of Modern Art.