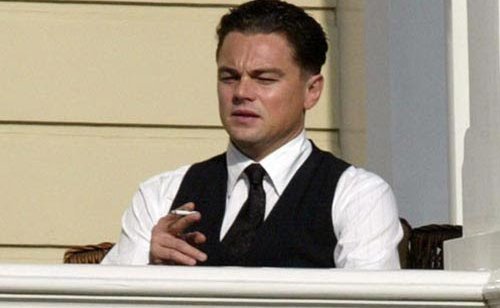 Clint Eastwood’s “J. Edgar,” a movie rapidly being labeled as a gay love story about J Edgar Hoover and Clyde Tolson (Leonardo DiCaprio and Armie Hammer playing them) premiered last night to mixed reviews. The premiere at the American Film Institute was supposed to be embargoed, and New York press won’t see the movie until Monday. But of course no one obeyed the rules, so Variety and other trades published their reviews. They aren’t so good. They do follow reaction from the New York critics’ screening on Tuesday. Awards wise, it does feel like with the right backstage touting the Golden Globes and National Board of Review will probably be all over it.

From Variety: “While not exactly coy, Eastwood’s classically styled look at Hoover’s life takes a long time to arrive at questions of the character’s proclivities. When it does get there, however, this new dimension of the character so enlivens what has been a mostly dry portrayal of one man’s crusade to reform law enforcement that it becomes the pic’s focus”

From Todd McCarthy: “DiCaprio projects this odd authority figure with energetic earnestness, a strong grip on the man’s mindset and purpose, and an attentiveness to Hoover’s power to prevail over others in matters big and small. It’s a vigorous, capable performance, one that carries the film and breathes new life into the old tradition of plain real folk achieving retroactive allure by being played by attractive stars. But the characterization remains external, one of solid technique blocked from going deep because Hoover remains a fixed figure closed to taking a personal journey.”

Screen International’s Mike Goodridge was also mixed on the subject. “Clint Eastwood’s latest film, a portrait of the controversial FBI founder and chieftain J Edgar Hoover, is both admirable and frustrating, a murky muddle of selective historical moments which comes alive when its compelling human story of sexual repression and dedicated love is at the forefront. Its biggest achievement is to look at recent US history through a personal and distinctively gay lens. In fact, Eastwood delivers the most un-self-conscious depiction of a gay relationship in a mainstream studio movie to date, although gay rights activists will hardly be looking to promote J Edgar Hoover as any sort of role model.”