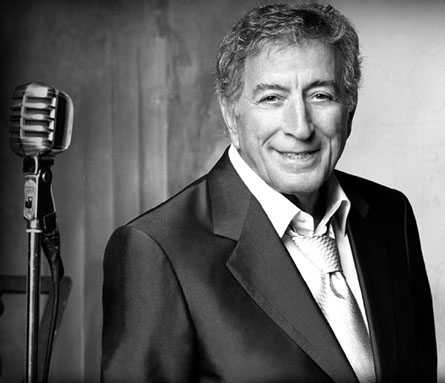 Tony Bennett’s “Duets II” comes in at number 1 this week. It sold over 166,000 copies according to hitsdailydouble.com, beating Adele, Demi Lovato, Lady Antebellum and all the kids in the top 10. Bennett is 85 years young, so this some achievement. The only older act out there right now is Doris Day, who’s having a hit in the UK and soon here with her “My Heart” album. Bennett almost got himself in trouble last week with odd comments about 9-11 he made on the Howard Stern radio show. But the combination of the album’s strengths, Bennett’s good will, and the pr effect of his 85th birthday celebration at the Metropolitan Opera really helped. He’s also getting a pr boost from Amy Winehouse’s final recording. Congrats, Tony! “Duets II” is on its way to the Grammy awards, and probably Album of the Year.