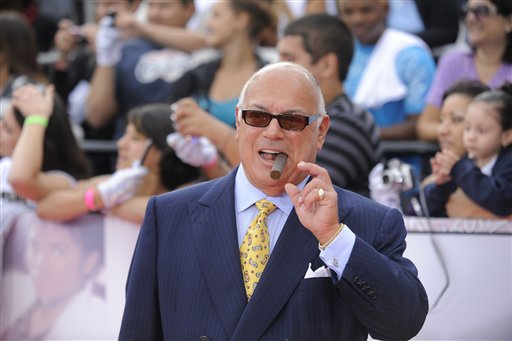 Frank Dileo was laid to rest on Wednesday in Pittsburgh by family and friends. Michael Jackson’s long time manager is a beloved figure in the music business, dating back not only to “Thriller” and “Bad,” but to Frank’s stints at other record companies. He was also an actor, appearing in “Good Fellas” and “Wayne’s World.”

Jackson executors John Branca and John John McClain were not present, but Frank’s long time music lawyer and friend, Joel Katz, was there. So were delegations of Frank’s old cronies from Columbia and Epic Records including Lary Stessel and John Doelp. We had a nice time with Al Bunetta, the Nashville music manager and partner of singer John Prine. Also on hand: Charlie Brusco, Dan Beck, Jimmy Sacco, Frank Randall, Joe Mansfield. Frank would have been so proud.

The night before the funeral, most of this gang assembled at Lidia’s in downtown Pittsburgh where many toasts were made and lots of stories were told. Michael Jackson fans would love to have been flies on the wall for that session. Wednesday morning’s service was led by Dileo’s cousin, a priest from Cleveland. who spoke eloquently about everyone’s “Uncle Tookie.”

Over 150 people went on to lunch after the internment, where more stories were shared at D’Imperio’s. Friends from Nashville and Las Vegas made it in, too, including 18 year old singing sensation Manika, whom Frank was managing. She’s already got a hot single out on Sony since Frank became ill last winter. He’d be proud.

At the end of the internment, by the way, one of Frank’s cousins played John Denver singing “Take Me Home Country Roads” on a boom box. It was the first hit single Frank had had a hand in. There wasn’t a dry eye in the house.