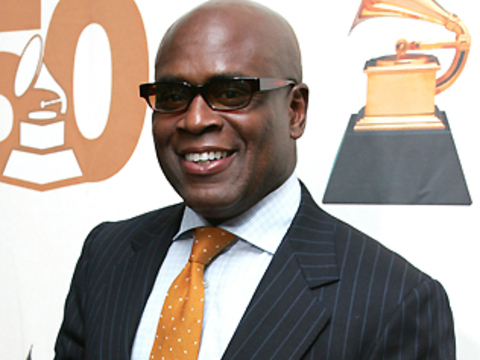 Someone’s sure got it in for L.A. Reid as he arrives at Epic Records. This is worse than when he took over Arista Records a decade ago. Reid has just arrived at Epic under Doug Morris’s new regime at Sony Music. He had a hugely successful run at Island DefJam before that. Today’s Page Six–totally manipulated and without one fact or named source–paints Reid as “Mr. Nasty” who only wants “beautiful people” in the office. There’s also an insistence that he’s already at war with Sylvia Rhone, who’s come with him from Universal Music Group to run Portrait Records at Sony/Epic. It’s all hilarious and quite untrue.

When I read Page Six I flashed back to the numerous times I was brought up to Island DefJam to meet staff members and listen to new music from NeYo, Mariah Carey, Duffy, or Lionel Richie. The staff loved Reid and was very devoted to them. Also, and I mean this nicely, they were not exactly a Vogue photo shoot cast. They were nice looking — no one had a horn or a huge hairy mole–but they were normal people. (I know that p.r. director Laura Swanson is doing a spit take right now reading this!) As for the whole L.A. Reid vs. Sylvia Rhone invented feud, I think it smacks of implicit racism that the two best known black record executives in the business have now been pitted against each other before they even start working. It’s just wrong.

Reid, meantime, does arrive at a good time. Epic has just released Incubus’s really wonderful album “If Not Now, When?” This album is just a delight to listen to, a refreshing rock pop CD that everyone in my ancient age group would love if they got to hear it. Reid’s first task will be to make Incubus into a breakthrough act. In time he’ll bring back big stars like Mariah Carey and Jennifer Lopez. But he also has a great eye for new talent (for better or worse, he gave us Justin Bieber). And he’d do well to look around for some legacy artists who don’t have major label recording contracts like Motown legend Gladys Knight and Alison Moyet (the original, ahem, Adele).