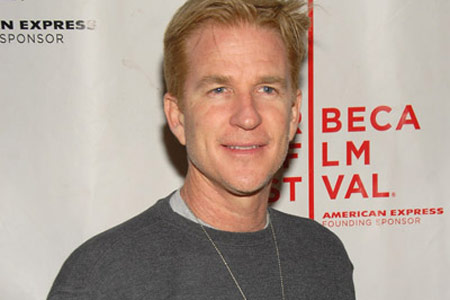 The great news from the London set of “The Dark Knight Rises” is that Matthew Modine is about to start filming key scenes in the new Batman movie. I’m told that Modine –whose character’s name has been reported as Nixon– is playing an appropriate character for his name. “He’s a politician and a key villain,” says a source. This does sound like director Chris Nolan is creating an homage to another Nixon we knew long ago. At least Modine is getting to shoot his scenes in a safe studio in London. When I ran into producer Charles Roven in Cannes a couple of weeks ago he was regaling pals about the “Dark Knight Rises” shoot in Jodhpur, India. The film is using the ancient Mehrangarh Fort as a key setting for what will likely be one of the biggest movies of all time…

…?uestlove, the leader of the Roots, found himself on stage last night at the Beacon Theater during Elvis Costello‘s final show. The talented drummer from Jimmy Fallon’s house band had just gotten a ticket and was in the audience. But he was soon recruited to spin Costello’s song wheel, and then to play drums on one song while Imposters veteran Pete Thomas took a break. Costello’s last show was a smash, with many new songs added to the mix including some not heard in a long time from “This Year’s Girl” and “Imperial Bedroom.” Diana Krall stayed backstage this time. But legendary concert promoter Ron Delsener danced around in the wings.

After the show, Elvis, Steve Nieve, Pete Thomas and Davey Faragher blew off steam with friends and family. Costello told me that not just his half brother Ronan, but all four of his famous jazz musician dad’s sons from his second marriage are talented musicians. “It was the first time we ever sang anything together,” Elvis said of Ronan’s guest spot Monday night. Also featured last night, brilliantly: Costello collaborator Jim Lauderdale. PS Costello did say quip on stage last night that Columbia Records–his original label– was out of business. Well, maybe to him. Several of the Columbia execs who worked on his first, most famous albums were on hand–they’re all ex-Sony/Columbia–and got a laugh out of that.

Also: the amazing Steve Nieve, who’s been Costello’s arranger, band leader, and keyboardist extraodinaire for 35 years, has just finished his own album. There are plenty of great guest vocalists like Glenn Tilbrook, Ron Sexsmith, Joe Sumner of Fiction Plane, Laurie Anderson, Harper Simon, Costello, and Vanessa Paradis aka Mrs. Johnny Depp. “2 Gether” is an album some major label should jump on.