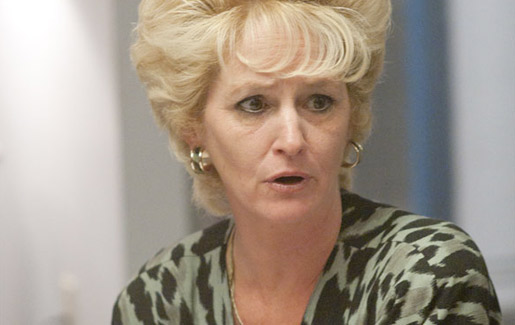 Ward is the mother of fighter Micky Ward, played by Mark Wahlberg in the film. Leo won Best Supporting Actress last night from the NYFCC, and is on her way to an Oscar nomination and possible win.

Leo told the story of how Alice Ward– depicted in the film as single minded and a survivor– had a massive heart attack last week, and a stroke, “died,” and came back.

According to Boston.com, Ward, now 80, is now able to speak after being dead for an hour or more. If you’ve seen the movie, then it all sounds quite believable.

“She survived after CPR went on for 45 minutes,” Leo said.

Leo, Wahlberg, Christian Bale–who memorably plays Alice’s other son, Dicky–and Amy Adams are likely all headed to the Oscars. Yesterday director David O. Russell received a Directors Guild nomination for his work on “The Fighter,” which means he’s on the path to an Oscar nomination as well. After hearing this story, it wouldn’t surprise me if Alice Ward turns up at the Kodak Theater, too, on February 27th. Speedy recovery!