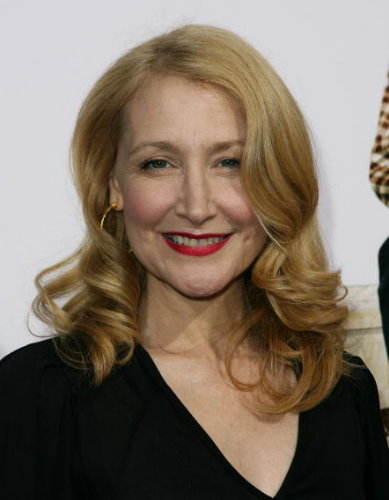 Patricia Clarkson–we do call her Patty–got Star of the Year today from the Motion Picture Club. She gave her usual funny, gracious acceptance speech.

“Thanks for thinking I’m ‘Star of the Year.” Star of the Hour, maybe. Or Star of This Lunch.”

Clarkson makes a dizzying number of movies, with fine appearances in all of them. But her work in “Cairo Time,” which IFC released this summer, is Oscar worthy for lead actress. I’d say, put her in with front runners like Annette Bening, Nicole Kidman, and Natalie Portman. It’s a crazy tough category this year, with other hopefuls like Michelle Williams, Naomi Watts, Sally Hawkins, and Julianne Moore and Helena Bonham Carter (if these two don’t go into Supporting).

“Cairo Time” got a limited release from IFC. If you’re an Academy voter, you must see this performnance, however. It’s a knockout.

Clarkson and Stanley Tucci will co-host the Gotham Awards for Film Independent here in New York on November 29th.

By the way, the Motion Picture Club is for all the theater owners and distributors. They raise lots of money every year for a variety of charities. Last year, they even skipped the lunch and spent the money on charity. Nice stuff!

PS The MPC was Jon Hamburg’s second awards event of the day. In the morning, his mom, the great Joan Hamburg of WOR Radio here in New York, won an award from the Chamber of Commerce. Congrats! Joan is the New Yorker of the Year. And she is!