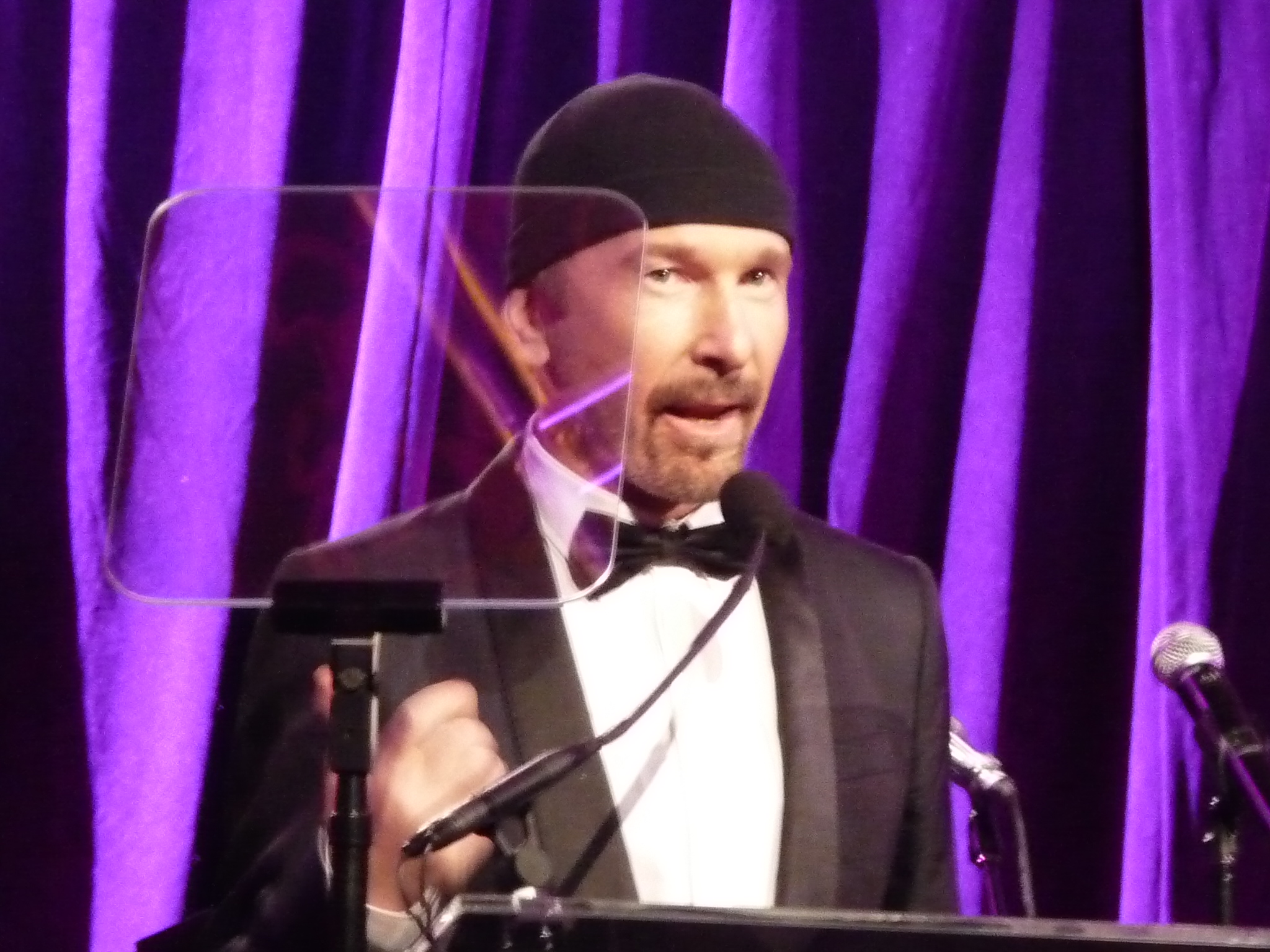 Denise Rich started having her annual Angel Ball back in 1999–and it was wild. Those with long memories will recall the party for 1500 people at the Sheraton in midtown. The computer lists for seating were lost. Geraldo Rivera took the mic on the stage and instructed everyone–including hundreds of A listers– to sit wherever they happened to be standing. The room included everyone from Goldie Hawn to Bill Clinton to Fergie and Milton Berle–who did the funniest 15 minute set ever. He was over 90.

Flashforward ten years: on Thursday night Denise filled 55 Wall Street aka Cipriani Wall Street. She raised $3.4 million more for cancer research and her Gabrielle’s Angel Foundation, named for her late daughter. And she had plenty of help: she honored U2 guitarist extraordinaire the Edge and his wife Morleigh whose young daughter has miraculously survived leukemia.

And the Edge paid back by jumping on stage with soul legend Sam Moore for a rave up on Ben E. King‘s “Stand by Me” that people are still talking about. This was right after Moore tore down the house with his classic, “When Something is Wrong with My Baby.” Then comedian Chris Tucker jumped on stage to dance, spin, and jump during a “Soul Man” that brought everyone on the dance floor. By the time The Edge had strapped on his guitar, Cipriani was rockin’ as never before.

There were some other performers, too, whom you might have heard of: Josh Groban played the piano, and sang a couple of arias; singer Shontelle sang her top 40 hit, and then Ne Yo, the R&Bsensation of the 2000s, wowed the crowd with songs from his new album next month.

The Edge, meanwhile, turned out to be a godsend: not only did he play with Sam Moore, but two different people bid $80,000 apiece to get a backstage tour of a U2 concert with him.