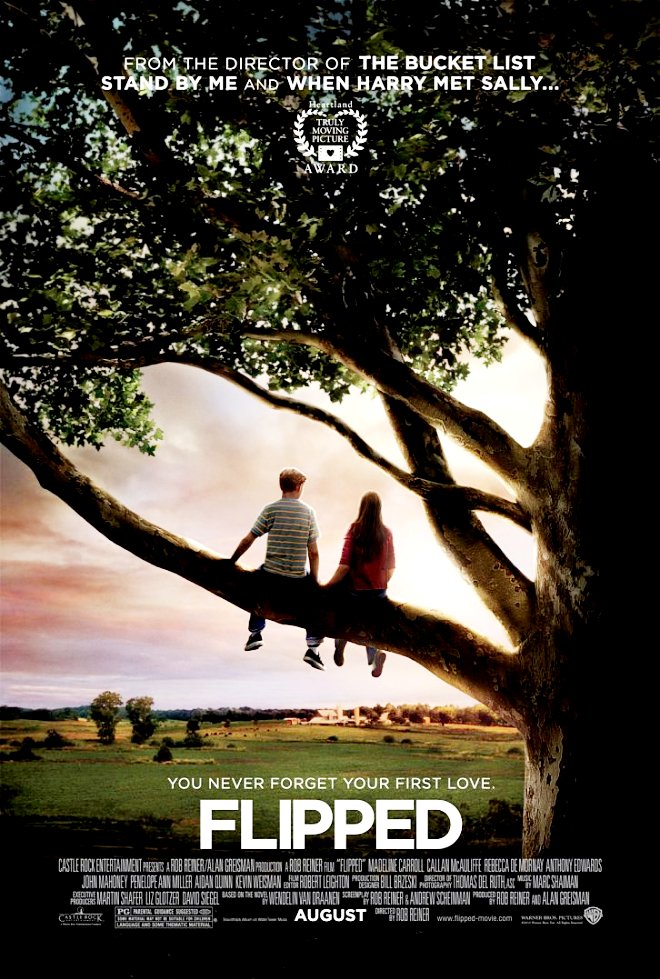 What has happened to Rob Reiner?

“Flipped” got mixed reviews when it debuted. The trade papers didn’t like it. Some bloggers and a few newspaper reviewers were okay with it. It registered a high 68% on Rottentomatoes.com, with a cadre of little known bloggers pulling it up.

But “Flipped” is a Warner Bros. It’s not some little indie. And it has names, albeit not box office magicians: Rebecca deMornay, Anthony Edwards, John Mahoney, and Aidan Quinn. They are all fine actors.

“Flipped” falls in the Rob Reiner CV closer to “Stand By Me” and less like “When Harry Meets Sally.” It’s a little piece of nostalgia. It had little press or publicity when it was released. Maybe Warner’s thought it would just find an audience on its own. Unfortunately that doesn’t happen anymore.

Reiner’s decline as a director has been wild. Long gone are the days of “Stand by Me,” “When Harry Met Sally,” “This is Spinal Tap.” His last hit was the godawful “Bucket List,” a sentimental bit of treacle that no one would have gone to if it hadn’t had Jack Nicholson and Morgan Freeman showboating around.

But beginning in 1996, he lost his focus. “Ghosts of Mississippi” was a misguided movie about the civil rights movement. It was panned and did poorly at the box office. Following that came  “The Story of Us,” “Alex and Emma,” and “Rumor Has It.” Three duds. They lacked Reiner’s acerbic wit, his sense of parody and satire, and his delicious humor. Remember, it was Rob’s late mom, Estelle, who uttered the famous line in “Harry…Sally”: “I’ll have what she’s having.” In these movies all of that sensibility is gone.

Oh, how I long for the days of the earlier, funnier Reiner. I’m sure he does, too. Rob, call Chris Guest. Get away from the pretentiousness. Get back to where you once belonged.