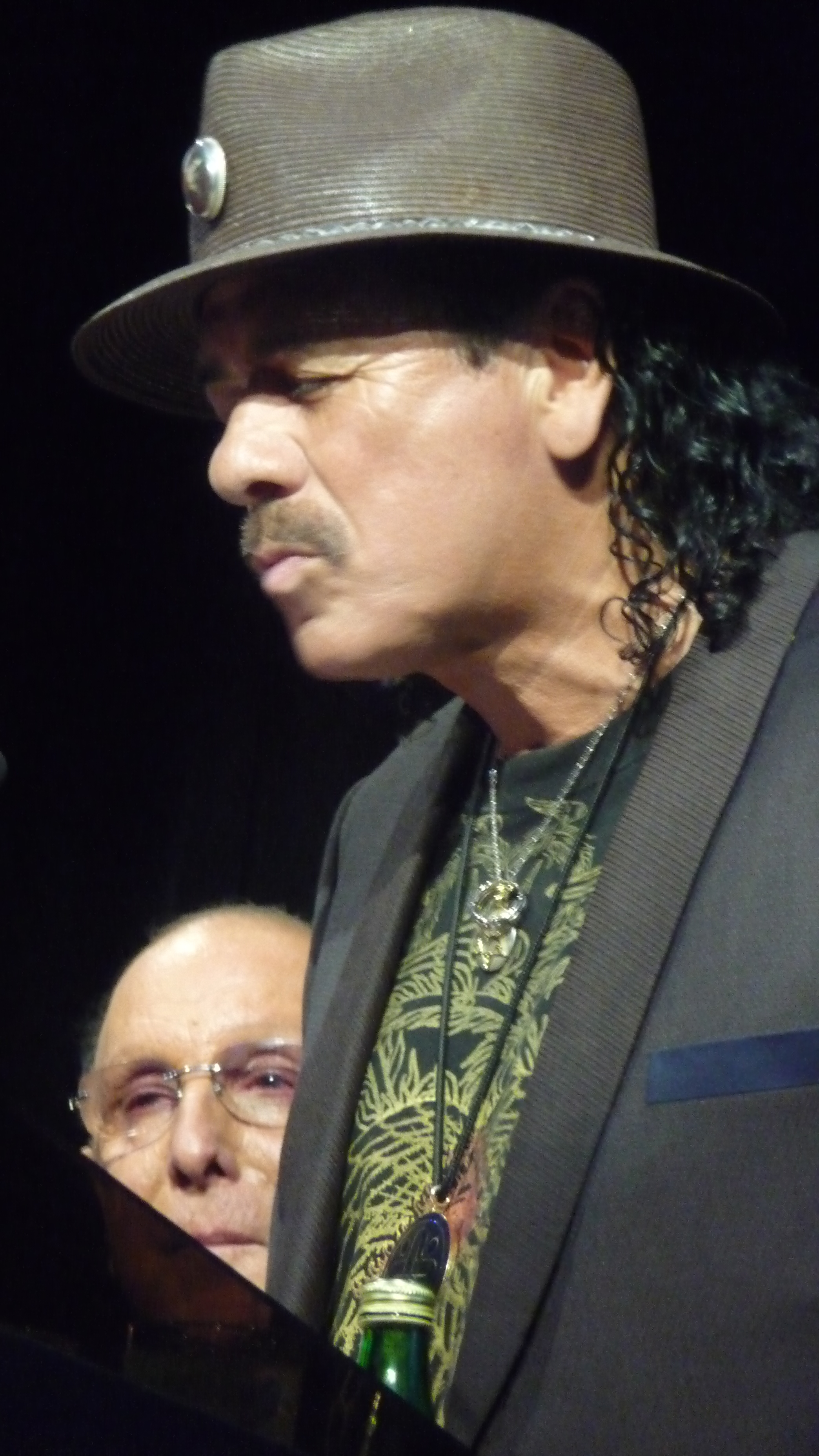 No one in what’s left of the music business still does this: Clive Davis and his Arista Records family brought the world to Las Vegas yesterday and launched Carlos Santana’s latest creation, an album of the greatest guitar songs featuring a panoply of stars.

Santana is in the middle of a residency at the Hard Rock Hotel’s venue, called The Joint. So rather than wait for the famed musician and his band to be in New York or L.A., Davis invited the business and the media to the sizzling desert (one hundred and six degrees in the shade).

Santana’s album is stuffed with superstar singers, of course. Several of them made the trip, including Gavin Rossdale, India.Arie, and Chris Daughtry. The former turned out to be the biggest surprise simply because his career has been so lackluster since his monumental success fifteen years ago with the group Bush. But Rossdale was a standout in concert, belting out T. Rex’s “Bang a Gong (Get it On)”–which is on the album–and then leading Santana through their classic cover of “She’s Not There.”

Arie–a remarkable singer who’s vastly underrated–soared as she performed George Harrison’s “While My Guitar Gently Weeps” while Santana’s mournful guitar punctuated her vocals. Harrison’s widow, Olivia, was in the audience, and couldn’t have been more enthusiastic. “Guitar” is the first single off the new Santana album.

Other guests at the show included famed singer Mary Wilson of the Supremes, and NBA legend Bill Walton.

If you haven’t seen a Santana show — I hadn’t in at least ten years– last night’s two hour extravaganza was simply stunning. The dozen or more musicians led by the ever youthful and spiritual Carlos come on at full blast, as if they had already built up a steamroller of energy–with “Black Magic Woman” and “Oye Como Va.” It’s quite remarkable that in two hours there is never a flagging moment.

At the press conference a couple of hours earlier in the Hard Rock, meantime, Davis presented several of the tracks from the new album to the press, with Santana and his producers present. I thought it was interesting that the now 78 year old legendary record exec still has more passion for the music and the songs than any of the remaining youngsters who’ve turned the record business into a calamity. If nothing else, he’s the equivalent of I.M. Pei, an architect who sees how every landmark must be built in order for people to notice it.

Davis was a little defensive at one point. He noted that sometimes he’s criticized for putting together these superstar albums with “cover” songs. He calls choosing them and the singers “Casting.” “I believe in the copyright,” he said, which was kind of interesting: when you hear the songs he and Santana and the producers have chosen, like “Bang a Gong” or van Halen’s “Dance the Night Away,” for the star to, as Davis said, “Santana-ize,” you realize they’re picking cool gems from the rock and roll canon. They’re not going to find new songs, sadly, that will measure up.