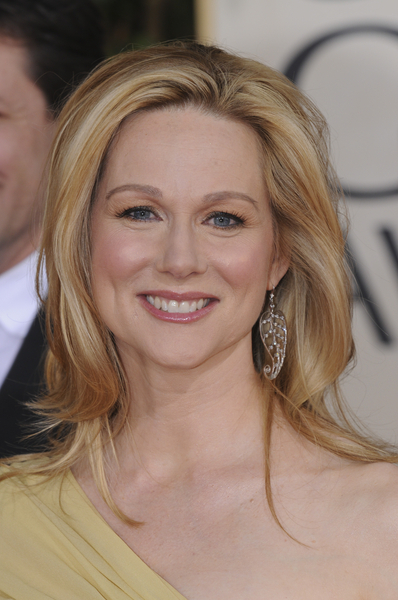 Mark Ruffalo is a lot of fun, and it was great to see him and his beautiful wife, Sunrise (yes, that’s her name and she’s super), at the Hamptons premiere over the weekend for Showtime’s new series, “The Big C.”

Of course, the series stars Laura Linney, Oliver Platt, Phyllis Somerville, Gabby Sidibe, and John Benjamin Hickey were all there at Donna Karan‘s zen like beach front estate for the serene outdoor screening. So were Linney pals Matthew Broderick and Sarah Jessica Parker, Richard Kind . But it was Ruffalo we wanted to see, and ask about his role in Marvel comics’ “The Avengers.” He’s playing the Hulk.

“The Hulk,” Mark observed, “has become my generation’s Hamlet.” Indeed, Bruce Banner has already been played in movies by Edward Norton and Eric Bana. Now it’s Ruffalo’s turn to turn green. He told me, also that he’s a big fan of the late Bill Bixby, who played Bruce famously on TV. And he wants to meet the great Lou Ferrigno, Bixby’s green other self.

Most of the time, Ruffalo was busy chatting about trying to stop the proposed oil and gas drilling in upstate New York. We’re with him on that.

As for “The Big C,” Bill Condon (who was not there) directed the pilot. He and Linney and company have made a top notch new series, I think, that will join “Nurse Jackie” (Edie Falco was in attendance) and “The United States of Tara” in the Showtime constellation of hits. Showtime’s Matt Blank, who runs the place, introduced new creative chief David Nevins and cracked wise: “David’s only been here a couple of weeks but he’s already taking credit for The Big C.”

Also bouncing around Donna K’s pool: Gerry and Liz Byrne, Caroline Hirsch and Andrew Fox, super agent (the much loved) Toni Howard, Kathy Schenker, Sheila Jaffe, Rosanna Scotto and her husband Lou Ruggiero, and about three dozen people I have never seen in my life. The latter group looked shocked by the subject matter of “The Big C” — it’s cancer, you know, and its handled deftly and with great wit. Laura Linney can do no wrong. You’ll see when it airs next August 16th on Showtime.

After the screening–great minds think alike– we ran into Donna Karan and her gang dining with Ingrid Sischy and Sandy Brandt at this year’s hot hot hot restaurant Tutto il Giorno in Sag Harbor.

PS Laura Linney goes back to Broadway for 10 weeks soon in “Time Stands Still.” Don’t miss it! And while you’re it, rent “The Savages.”