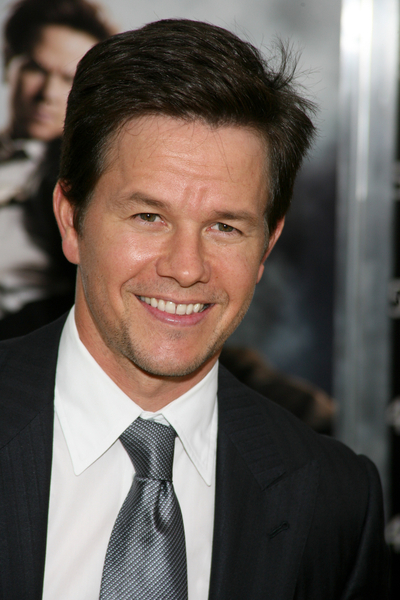 When Mark Wahlberg was “Marky Mark” and modeling Calvin Klein underwear no one took him seriously as an actor.

You know, he was nominated for an Oscar in 2007 for Best Supporting Actor in Martin Scorsese‘s “The Departed.”

Earlier this year, he was hilarious as a shirtless send up of himself in “Date Night” with Steve Carell and Tina Fey.

Now he’s got his clothes on and is even funnier in Adam McKay‘s “The Other Guys.” Wahlberg has figured out how to be the exasperated straight man. Playing off of Will Ferrell–doing his best work in “The Other Guys” since “Stranger Than Fiction”–Wahlberg is sort of wonderful in his character’s befuddlement.

“I’ve been working on it,” Mark said of his comic status when I ran into him at the after party. He is endlessly gracious, speaking to everyone, signing everything. “People didn’t take me seriously when I made the transition to acting.” he said. “Then to do this, you have to get it right.” He also exec produces “Entourage” for HBO, a show loosely based on his early years.

There’s also an “Entourage” movie in the works–which I first reported last year.

It doesn’t hurt that “The Other Guys” has a very complex comic script put together by McKay and Chris Henchy.

In “The Other Guys” Ferrell and Wahlberg are those “other guys” you always see in the background in movie or TV police stations. They’re not the heroes, like Starsky and Hutch. In this film, those heroes are Samuel L. Jackson and Dwayne “The Rock” Johnson. They break all the rules. When they break one too many, Ferrell and Wahlberg become their reluctant replacements.

Only one problem: Wahlberg’s character is being punished the NYPD for accidentally shooting New York Yankee Derek Jeter. When another cop shouts out “You shoulda shot A-Rod,”  the New York audience goes wild. It’s just a funny punchline.

One conceit of the film: that Ferrell’s doofus character is married to a stunner played by sizzling Eva Mendes. He doesn’t see her beauty, though, and thinks she’s just plain. Indeed, all attractive women are goners for him. This makes Wahlberg crazy. And the laughs come from an endless series of sketches that spring from these characters.

At the premiere last night at the Ziegfeld all the main players were in attendance, as well as the great New York actor Luis Guzman, who picked up his tickets and bypassed the red carpet. Also on hand were Rob Thomas and his beautiful wife Marisol, Jimmy Fallon, Sam Jackson‘s famous actress wife LaTonya Richardson, Damon Wayans, and Ana Gasteyer.

Plus there were the many fine supporting actors — “the other guys” themselves–like actor Andy Buckley from “The Office” (he plays Dunder Mifflin CFO David Wallace), Bobby Cannavale, Rob Riggle, Steve Coogan Icc T, and Henchy’s wife, Brooke Shields. Only a few people from the movie’s large cast of players were missing–Michael Keaton, who’s a standout as the police chief who moonlights in a Bed, Bath and Beyond; and Rosie Perez, who has a non speaking cameo.

“The Other Guys” by the way was shot entirely in New York State, mostly in Manhattan, where it made use of tons of city landmarks and neighborhoods. It looks and feels very authentic. One scene takes place in Peter McManus‘s famous eponymous Irish bar on Seventh Avenue and 19th Avenue. Uncredited but included in the scene is the beloved actor and poet Malachy McCourt. Fittingly, the cast split the after party at The Park restaurant last night and headed over to Peter McManus for a night cap. They may still be there now!