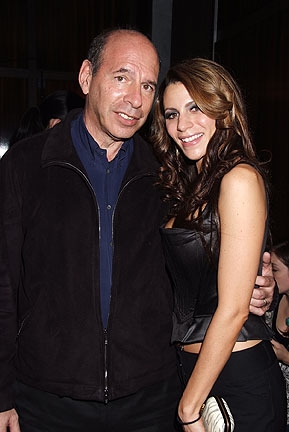 His fourth and current wife, Diane Passage, remains in limbo, sued by the Securities and Exchange Commission, and rendered an object of vulnerability by paparazzi and tabloids because she was once a part time stripper at Scores.

But there’s a lot we don’t know yet, and neither does Passage, according to friends.

For example, she just confirmed in the last week that she was Wife No. 4, not Number 3. When she married Starr in 2007, he told her he had just two exes–Gail, mother of his son, Ronald, 41, who also runs his companies; and Marisa Vucci, 46, mother of his two younger daughters.

I am told that Starr, 66, has recently owned up to Wife No. 2, Sheila G. Starr, a real estate agent on the Upper West Side with Prudential Douglas Elliman. They divorced in 1991. Sheila Starr, whom I spoke with, is lovely but refuses to answer questions about her marriage. When I asked her if she was surprised about her ex-husband’s arrest, she said, “Yes.”

More interesting, though, is Marisa Starr, who’s been painted as a victim in the Starr saga. Sources say that Diane Passage has only recently learned that Ken was still married to Marisa when Passage became engaged to him in 2006.

Even more interesting: Starr and Marisa only signed their divorce agreement on May 9, 2007–just two weeks before Starr’s marriage to Passage. And Marisa, mother of Starr’s two daughters, got quite a nice send off. She receives $750,000 a year for an unspecified amount of time. There’s no cap on it. In addition, sources say she was still receiving $2,500 a week from Starr and Company until Ken was arrested on May 27th.

“Plus she got a lump sum that’s not on the books,” claims a source close to Passage about the former Marisa Vucci.

Both Sheila Starr and Marisa Vucci Starr may prove to be of some interest to investigators and prosecutors. The period of time they covered with Ken Starr is simultaneous to some of his most twisted business dealings including his handling of the estate of Arthur Stanton and advising of his widow, Joan Stanton, who died last year. Earlier this year Starr settled a massive fraud lawsuit for millions brought by the Stanton family that reached back to 1987.

As for Passage, the mother of a 12 year old had several “straight” careers including working with SPIN, Single Parents in Need. According to her bio at the Huffington Post, Passage worked days in an ad agency and nights at Scores to support herself and her son until she met Starr.

The Starr saga continues to unravel with more mysteries. More to come, most certainly…