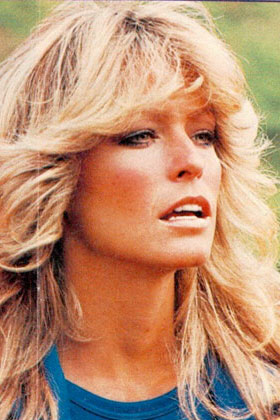 The omission of Farrah Fawcett from the In Memoriam segment of last night’s Oscars was terrible.

But Farrah was in good company.

They forgot three-time Oscar winning composer Maurice Jarre. Among his Oscar nominated scores: “Ghost.” Guess who starred in “Ghost”? Demi Moore, who introduced the In Memoriam segment. And Patrick Swayze, the first face in the segment. Hello! Come on: This isn’t exactly rocket science.

The people in charge of that segment — the only one not credited in the official program — forgot a lot of people. Among them: Bea Arthur, Gene Barry, Henry Gibson, Harve Presnell, Pat Hingle and Phil Carey.

Henry Gibson starred in many films, including Robert Altman’s “Nashville.”

The Academy also forgot Mickey Carroll, who was the last surviving Munchkin from “The Wizard of Oz.”

And although I was pleased to see the great Variety columnist Army Archerd, there was no mention, shockingly, of Dominick Dunne. That’s just criminal. Nick Dunne chronicled Hollywood and kept it alive in his books and Vanity Fair. He also produced several films, including “Play It as It Lays,” “The Boys in the Band,” and “The Panic in Needle Park.” He was also part of’a Hollywood legacy: His son is Griffin Dunne, the writer and director. His late brother John Gregory Dunne, was a fine novelist and screenwriter.