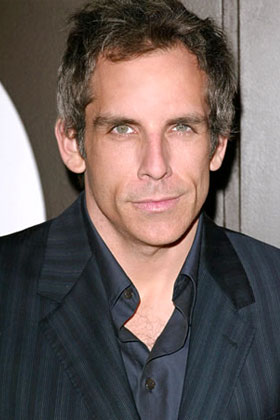 “Tower Heist,” Brett Ratner’s next film, is going full speed ahead at Universal. I’m told that Noah Baumbach has just been signed to polish up the screenplay originally written by Ted Griffin.

I wrote about this film when it first got off the ground a couple of years ago. Back then it was envisioned as a black “Ocean’s Eleven,” with Eddie Murphy and Chris Rock being talked about as the leads. (Indeed, Griffin wrote “Oceans.”)

But time does a funny thing to movie projects. “Tower Heist” now looks like it will star Ben Stiller overseeing a cast of guys that could be all colors — maybe even blue, considering recent events in film land.

The story has also changed somewhat, from being a pure heist movie to the story of a bunch of blue collar guys on a mercy mission. It turns out the main tenant of this Trump Tower-like building has bilked the employees’ pension fund in a huge Ponzi scheme. More details I don’t want to give away, but word is that Ratner, of course, would probably like James Caan to play that character. Caan recently starred in Ratner’s excellent segment of “New York, I Love You.” But all the casting, save for Stiller, is still up in the air as Baumbach toils away.

So stay tuned for more info on “Tower Heist.” It will be Ratner’s first film since “Rush Hour 3.” My personal favorite Ratner film is a well kept secret: Nicolas Cage in “Family Man.” I still get misty eyed when Tea Leoni buys Nic Cage a knock-off Zegna suit as an anniversary gift.

Baumbach, meanwhile, is just introducing his “Greenberg” film, also with Ben Stiller. If you’re looking for one of his early efforts, try “Mr. Jealousy,” a little gem. And of course, Baumbach wrote the now classic “Fantastic Mr. Fox.”