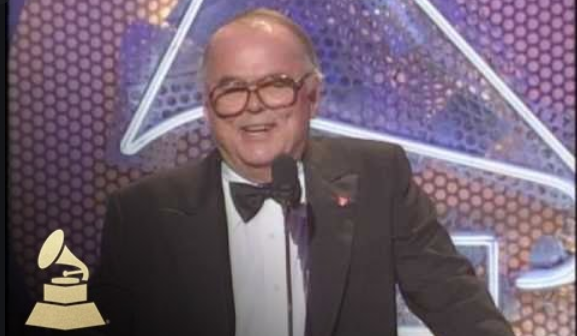 Just a few words about the great Grammy Awards producer Pierre Cossette. He passed away on Friday at age 85. Pierre was one of the great showmen, a true legend, and a feisty producer. He produced the Grammy show for 30 years, bringing it into the modern era. A French Canadian with a real flare for understanding what worked on TV and how it translated to the audience, Pierre managed to combine rock and pop with opera, classical music, jazz and every other genre. He loved it all, especially country music. He won a Tony Award for his Broadway musical, “The Will Rogers Follies.”

A few years ago, when the Grammys were in New York, I was in the production truck with Pierre during the show. He got a call that Luciano Pavarotti, who was in Radio City Music Hall, would not perform “Nessum Dorma” with Aretha Franklin an planned. Pierre dropped the phone and ran upstairs to the opera great’s dressing room. The show was on already, a live broadcast. But Pavarotti refused. It was Pierre who convinced Aretha Franklin to sing both the English and Italian parts of the song. He sent Sting out on stage to say that Pavarotti could not be there that night ‘ he was upstairs! But Aretha went on, sang the whole thing, and “Nessum Dorma” wound up becoming a huge part of her repetoire. The audience never knew what happened.

We’ve lost a lot of great people in the last few weeks, all in their 80s, but vibrant as ever: Dominick Dunne, Army Archerd, Walter Cronkite (92), the great writer Larry Gelbart ‘ who wrote the MASH TV series and many great plays. They will never be replaced. And now Pierre. I hope they’re all together, having a fantastic time!