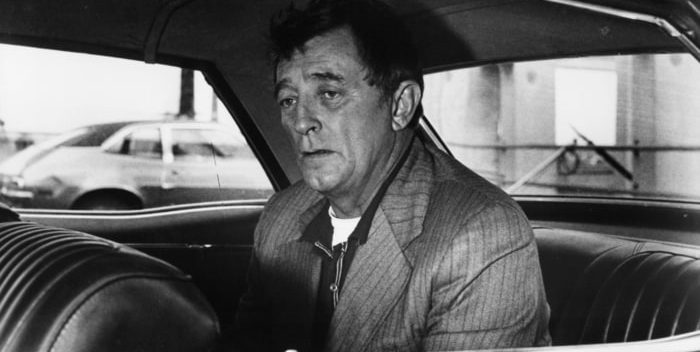 The New York Film Festival has just announced a retrospective of the late actor Robert Mitchum.

Mitchum was a great actor, for certain. But my memory of him is clouded by a 1983 interview he gave to Esquire. In it, he denied the Holocaust happened. And that was among a slew of other invective racism and misogyny.

When asked about the six million who died in the Holocaust, Mitchem replied:

Mitchum also recalled his boyhood in Philadelphia: “I had to go over and light the sabbath candles. I was the only goddamned gentile… I’d go to Mel Blumberg’s house. He had a rabbi uncle who’d read from the Old Testament about Angeles pissing on sinners who were, climbing Jacob’s ladder.” 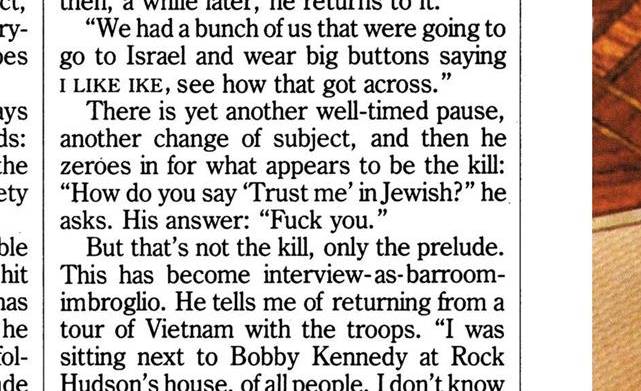 Toward the end of the interview, he asks writer Barry Rehfeld what he’s going to use for his story. “I know, they always use the sensational stuff. Me saying ‘Alvin Schwartz sucks.'” At another point in the interview, he tells another story using the word “hebe.”

The interview caused a firestorm. He later gave an apology saying he’d been somehow tricked into saying these things by the interviewer, that he was acting as his character from “That Championship Season,” the movie he was promoting.

Mitchum would have been 100 this year. He was 65 when he gave Rehfeld the interview. He didn’t claim later to be suffering from senility and he didn’t say he was drinking. He said what was on his mind. Esquire never retracted any part of the article.

Great actor? Sure. But film festival retrospective. Me, I’ll skip it.