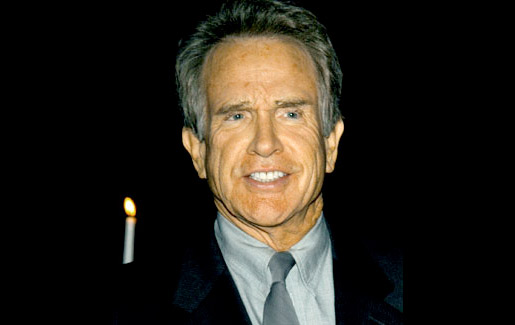 I’m told that as fitting every Beatty project, “there were a lot of takes per scene.” Beatty also joked on set that shooting is done, but now starts a year of editing. Let’s hope not. If I were a betting man, I’d say the “Howard Hughes” movie would debut in Cannes, May 2015.

Beatty hasn’t made or been in a movie since he directed himself in “Town and Country” in 1991. What a shame, too. He missed 15 crucial years of face time. He was reportedly offered “Kill Bill Pt. 1” by Quentin Tarantino, but turned it down. Otherwise, he’s been busy raising kids and talking politics.

Crossing fingers, sending prayers, and good vibes…we need this movie to be good..What to do until then? Watch “Reds,” and “Heaven Can Wait” and “Shampoo” and “Bonnie and Clyde”…