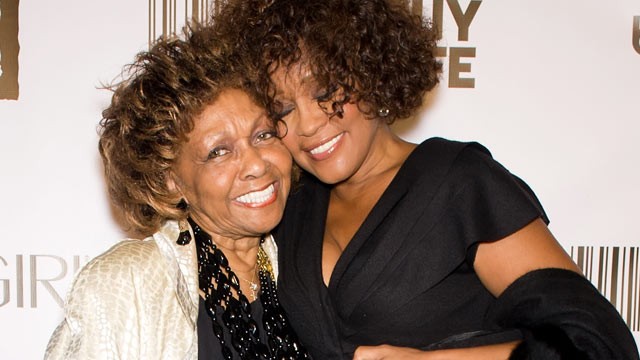 Cissy Houston gave us just a taste of what she has on her mind last night with Oprah. Her book, “Remembering Whitney,” is the most candid, frank, harsh and unabashed since Keith Richards “Life.” This is so unusual for a celebrity memoir. But with Whitney gone, Cissy has nothing to lose. You get the feeling that these are the things she’s been waiting to say for 20 years or more. Whitney’s fans may not be so happy. Cissy’s book vindicates legendary singer Sam Moore’s CNN interview from last year– http://www.youtube.com/watch?v=P8SBeaR-gSA. It’s heartbreaking but Whitney was out of control, a drug addict, self-possessed and determined not listen to anyone.

On Oprah, Cissy says of Whitney: “I made her what she was.” In the book, Cissy — who was a famous back up singer but never had the career of her cousin Dionne Warwick, or friend Aretha Franklin — is bitter about Whitney maybe attaining what she never could. Cissy recalls: “She had been watching me in sessions and onstage for years, picking up pacing, breathing, and microphone techniques, and then adding her own little nuances, too. My son Michael used to joke with me about Nippy’s technique—“ Ma,” he’d say, “Nippy should be in jail for stealing all your riffs and everything. You should sue her.”

It didn’t help that Whitney let people think Aretha Franklin, for whom Cissy had worked for many years, was her godmother. “I would tease Ree about supposedly being Nippy’s godmother— a story that started years before, when I was touring with her and she came over to our house on Dodd Street. Nippy was so impressed with Aretha that she started telling all her friends she was her godmother, and the story stuck because Ree never denied it. Eventually, reporters picked it up and everybody assumed it was true. And Nippy never did stop telling people that.”

Houston moved out of the family home an into an apartment with her friend Robyn Crawford at age 18. Crawford was gay, and Cissy did not like her. “What made Nippy’s move particularly hard for me was her decision to room with Robyn Crawford in an apartment in Woodbridge, New Jersey. She knew how I felt about Robyn, but she was determined to live with her anyway. It wasn’t that there was serious tension between Robyn and me— we just didn’t see eye to eye. Still, we tried to be respectful of each other and of our places in Nippy’s life, and we figured out how to give each other the necessary space. We had our love for Nippy in common, and though we rarely agreed, we were at least able to keep things from being too uncomfortable when we were all together.”

Later Crawford moved with Whitney into her big mansion in Mendham, New Jersey. “Early on, Robyn Crawford nicknamed me “Big Cuda”— short for barracuda— and that suited me just fine. The name stuck, and from then out, whenever I’d be coming somewhere to see Nippy, people would warn each other that Big Cuda was coming.”

But it was Crawford who had the guts to tell Cissy about Whitney’s drug problems early on, long before Bobby Brown arrived on the scene. What follows is Cissy’s eye-view of the fights, interventions, and downward spiral that no one could control. At one point, Whitney rejects rehab but lets Cissy stay in her house with her. It doesn’t work, and Whitney gets worse. Bobby Brown doesn’t help, and Cissy sure doesn’t like him.

Cissy pulls no punches. And while she loves Whitney, she’s also hard on her. She calls her a “heifer,” meaning bossy like a cow. She sort of becomes afraid of her as time goes by.

People will say Cissy wrote the book for money, and maybe she did. But let her have it. This is as unflinching a memoir as you’re going to read, and well worth it. At least for once we get the true story, horrible as it is and was, by the person who knows the story. I knew all these people from the mid 1980s. I still think about walking around Whitney’s Olympic sized pool with her in the late 80s. I don’t think there was much drug use then. She was such a funny, sweet kid. And Robyn, who was tough, was so devoted to her. It seemed like their future was limitless. That it ended this badly is still unbelievable.