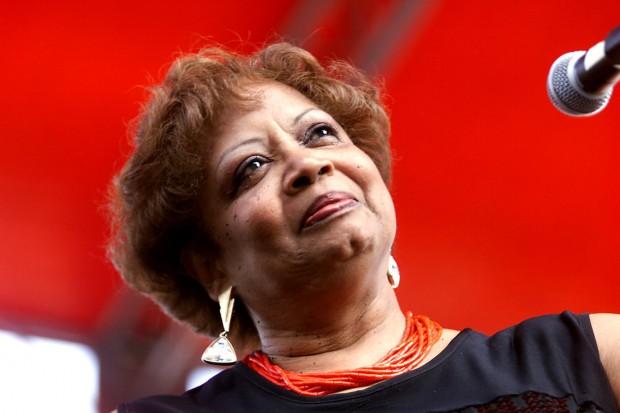 I met Fontella Bass in 2001 at the Rhythm and Blues Foundation dinner that year. The great singer of “Rescue Me,” a song she co-wrote, and is played on the radio constantly, told me this: “I wrote Rescue Me,” she said, “but the producers I was working with never put my name on it. When I asked them about it, they said, Don’t worry, we’ll take care of it.”

I wrote then: Nearly 35 years later, Bass has never seen a penny in publishing royalties from the much-recorded, bestselling song. She was so disheartened from the experience, she told me, that she left the United States for several years and made a career in Europe.

Fontella Bass died Wednesday in St. Louis. She was 72. Was she cheated by Chess Records and a lot of other people? Yes. And if there were a Performance Rights Act, she would have been paid each and every time “Rescue Me” was and is played on oldies radio. Instead, Fontella Bass goes to the grave having made radio chain owners and record company executives rich, rich, rich.

You can watch her now in our video player on the home page. RIP, Fontella. Your voice will always be heard.