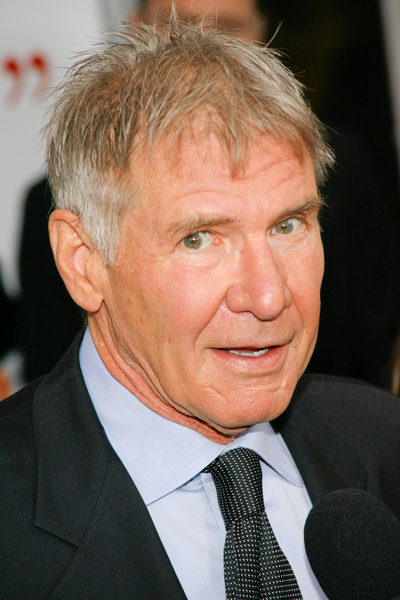 Harrison Ford — at last night’s premiere of “Morning Glory”– tells me there are no plans yet for an “Indiana Jones 5.” He says no one’s shown him a script or told him about anything in the way of a movie being made.

What’s he doing after this? “Fixing up my new house in Los Angeles,” said the perpetual carpenter.

In the meantime: Ford is really great in “Morning Glory,” Roger Michell‘s sophisticated comedy that turns out to be less a chick flick and more just a really good movie. Ford comes off as a modern Spencer Tracy. Keaton is loose and funny. There are no heavy issues in “Morning Glory” but it does raise a few questions that I have about the state of news today.

Rachel McAdams carries the film, and gets top billing over Ford and Diane Keaton, believe it or not. And she’s good, too. McAdams has excellent comedic timing.

“Morning Glory” is a frothy, fun, lightweight comedy, reminiscent of James L. Brooks’s work in “Broadcast News” and “The Mary Tyler Moore Show.” The film played like gangbusters last night at the Ziegfeld.

Later the whole gang convened for a loose, fun party at the Central Park Boathouse. I ran into pop singer Natasha Bedingfield, whose song “Strip Me” closes the film. It’s the title track from her new album of the same name, coming December 7th on Epic Records. I met Natasha’s cool sister, Nicola, the alt-rock daughter in the musical family. They told me brother Daniel Bedingfield‘s next album is coming soon, too. Remember Daniel’s song, “If You’re Not the One”? It’s a classic.

Lots of fun cameos in “Morning Glory”: Elaine Kaufman of her famed Elaine’s restaurant, Morley Safer, Chris Matthews, and Miles O’Brien among them.

The rat tat tat screenplay is by Aline Brosh McKenna, who gave us “The Devil Wears Prada” and has two films shooting this winter–Cameron Crowe‘s “We  Bought A Zoo” and “The Ivy Chronicles” with Sarah Jessica Parker.

More on “Morning Glory” to come…