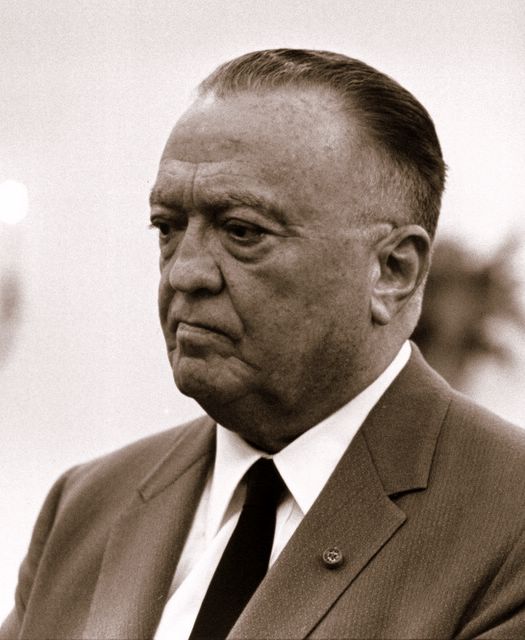 Yeah, I can’t believe it either.

But in a book published today by Project Runaway host Tim Gunn, the fashion expert says he thinks his father and J. Edgar Hoover were lovers.

Yup, that’s right. The book is called “Tim Gunn‘s Golden Rules: Life’s Little Lessons for Making it Work for You.”

Gunn writes that his father was a special FBI agent based in Washington. He was Hoover’s ghost writers of all his speeches and books.

“I have no proof and I’m going to say right now, my mother would deny it up and down, and so too would many biographers of Hoover. I’m likely just totally wrong about this. But…The men were incredibly repressed. So even if they were sleeping together you can bet they never would have admitted it, even to themselves. He would have really beaten it back. He certainly wanted to knock it out of me, literally.”

Gunn calls his father possibly a “big closet case” and notes that most of his FBI colleagues committed suicide. His father was the only one of his group who died a natural death. The wives, Gunn says, were “barely functioning alcoholics.”

I’ve never watched “Project Runway.” I know it’s popular. I don’t even really know who Tim Gunn is, or what he does. But god bless. This should get more people to tune in.