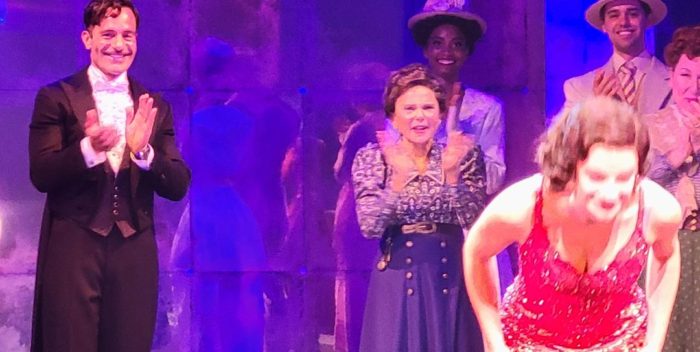 “Funny Girl” has gone from a disaster to a blockbuster over the course of the year, which should teach producers a lesson: Give the people what they want.

Lea Michele, Tovah Feldshuh, and Ramin Karimloo scored just over $2 million last and broke the house record at the August Wilson Theater. The previous house record was set in 2018 by “Mean Girls,” just under $2 million.

Meantime, there are two closures coming: “Death of a Salesman” just announced it will close in four weeks. The much acclaimed production starring Wendell Pierce has struggled despite rave reviews. I’m seeing it tomorrow night and will report back on Friday.

Also, the stage adaption of the great film, “Almost Famous,” will close on January 8th. I was among the few critics who liked it. Also, lack of a star didn’t help the box office. These shows, especially if their reviews are modest, need a couple of recognizable names to keep them going. “Almost Famous” lacked that magic (even though the cast is very good). The good news is, this show can have a life in small productions like high schools, colleges, etc.