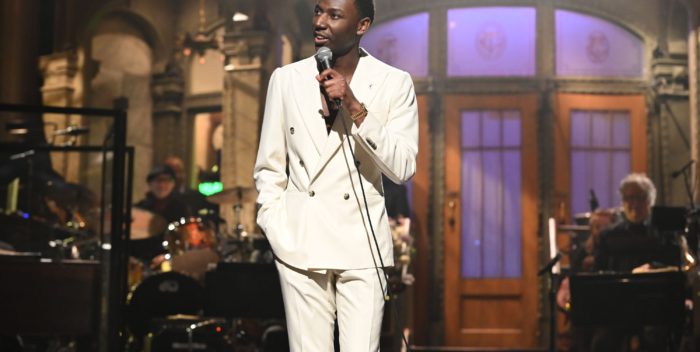 Well, this should be fun.

The Golden Globes have chosen a host for their show next month and it’s Jerrod Carmichael.

Carmichael is both Black and gay, which covers a couple of bases for the Hollywood Foreign Press Association after a long public struggle over diversity and inclusion.

Carmichael took home an Emmy Award in September for the writing of his critically acclaimed comedy special, “Jerrod Carmichael: Rothaniel,” and earned an Emmy nomination for hosting on “Saturday Night Live.”

The main thing is, he’s funny. And endearing. I don’t know what kind of ratings he’ll get, but that’s the point. It’s a good choice, and sets the tone for what everyone hopes will be a good evening.

The Globes air on NBC on Tuesday, January 10th live everywhere beginning at 8pm, kicking off awards season. Next up will be the Critics Choice Awards on Sunday, January 15th on the CW Network with Chelsea Handler as host.