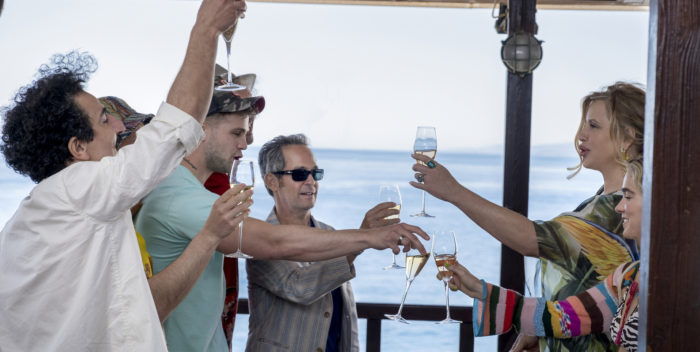 HBO’s “The White Lotus” is not for the faint of heart.

Sunday’s episode was up nearly 55% in total viewers as the word has spread of the kink factor in this season.

Two weeks ago some dialogue was spoken between the two “bros” on the show played by Theo James and Will Sharpe that suggested there may be more to their relationship than meets the eye.

On Sunday, the show ended with Jennifer Coolidge’s character discovering two other characters — who are presumed to be uncle and nephew (but let’s hope not) — getting it on rather graphically.

Word must have spread to other time zones, because “White Lotus” ratings zoomed up to 641,000 just on the HBO main channel. I’m sure HBO Max also went crazy. This is not timid stuff.

There are two episodes left. This Sunday the stage will be set for who gets killed and who does the killing. Something tells me Theo James repulsive Cameron has got to go, and his wife, Daphne, is going to do the deed. When the season began, Daphne was seen on the beach looking all innocent and talking to a stranger. Then she went for a swim and discovered a body. Hmmmm….