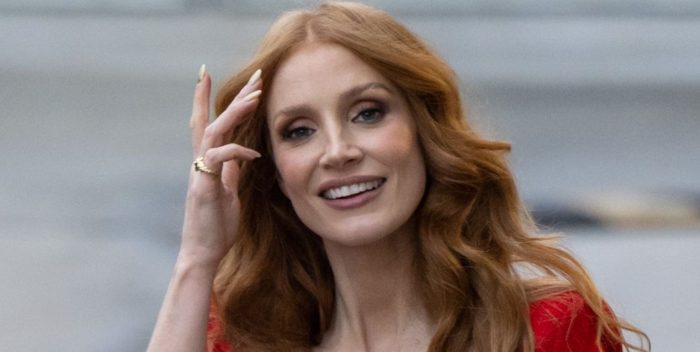 Jessica Chastain doesn’t take a minute off from interesting work. This year’s Oscar winner for Best Actress is returning to Broadway this spring in a new production of “A Doll’s House.” She was last here in 2012-13’s “The Heiress.”

The new production of the Henrik Ibsen classic is from director Jamie Lloyd and directed by Amy Herzog.

Jessica Chastain says in a release, “When I sat down with the brilliant Jamie Lloyd five years ago to discuss a possible collaboration, I was over the moon when we decided on A Doll’s House. We were set to start rehearsals in London in April 2020, but little did we know what the world (and a pandemic) had in store for us.

“While home in New York, walking around the empty theater district made my heart hurt. New York has been my home for over 20 years and it’s immensely important to me to take care of this city and support my artist neighbors.

“So, I couldn’t be happier to play Nora in A Doll’s House on Broadway! I’m very excited to work with Jamie and the incredible Amy Herzog in this city that formed me. I hope in the future to work in the West End but for now I can’t wait to be together with all of the wonderful people of New York and my artistic community on Broadway.”

Chastain has her work cut out for her. Janet McTeer’s turn as Nora in 1997 remains a towering moment in theater. And the last time we saw Nora was in “A Doll’s House Part 2,” the faux sequel starring Laurie Metcalf. Each of those actresses won Tony Awards. I’ve no doubt Jessica can do the same!