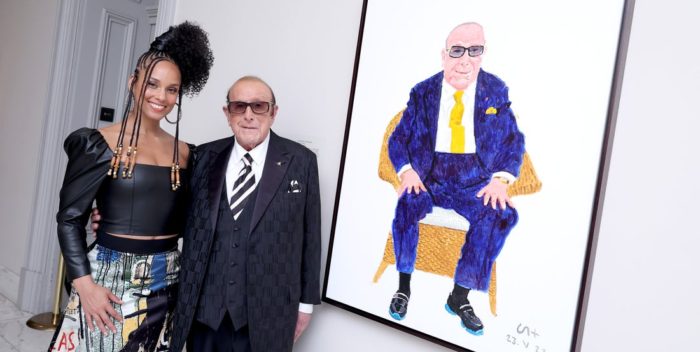 Washington’s National Portrait Gallery glittered with stars last night as the annual Portraits of a Nation were unveiled.

Alicia Keys unveiled the stunning portrait of music mogul Clive Davis, painted by legendary artist David Hockney. Nancy Pelosi took a few minutes off from saving the country and taking care of her husband to congratulate Clive and other honorees.

At the cocktail party before the dinner that followed the group was serenaded by no less than Wynton Marsalis. Hillary Clinton, as well as Jeff Bezos and his girlfriend, were among the guests.