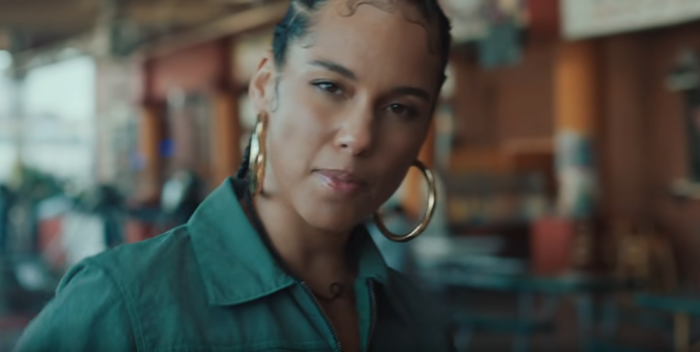 Alicia Keys has left the building.

“Santa Baby” can be streamed only on Apple Music and iTunes, not on Spotify. CDs and LPs will be available next month.

In addition to Christmas favorites, Keys has also recorded John Lennon and Yoko Ono’s “Happy Xmas (War is Over.” There are also four original songs.

The end of the Keys-RCA relationship was foreshadowed some time ago. It’s crazy to say because she’s still very young, but Alicia is considered a legacy artist. She doesn’t sell a lot of records anymore — who does? She’s in the same boat as everyone over 40. She almost had a hit with “Underdog,” a couple of years ago but narrow minded radio programmers didn’t do much with it.

Alicia started at Columbia Records in 1999, was dropped by them, then rescued by Clive Davis’s new J Records (distributed by RCA’s parent company at the time) in 2000. Eventually Davis sold J to RCA and Keys continued there all this time. She has a lot of hits under her belt including “If I Ain’t Got You” and “Fallin’,” and, of course, “Empire State of Mind.”

No word yet on how Alicia Keys Records will work but we’ll stay on top of any news.