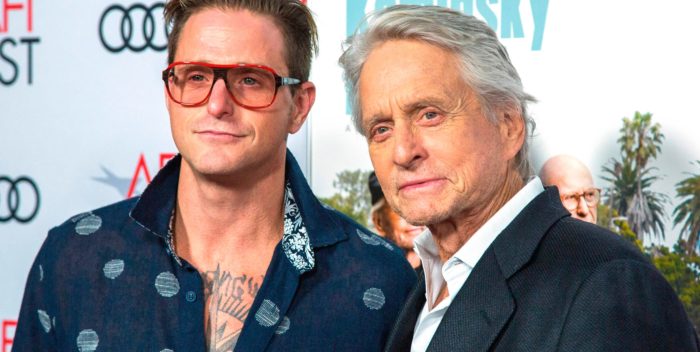 Oscar and Emmy winner Michael Douglas isn’t done yet. The famed actor producer writer is making a new film with his son, Cameron.

“Blood Knot” has been picked up for production by Screen Media. The movie is based on a book by Bob Rich called “Looking Through Water.”

he film follows a father who invites his estranged son to visit him in Puerto Rico to compete in a father-son fishing competition to try and mend their broken relationship. It sounds like their version of “On Golden Pond.”

Cameron Douglas seems to have finally turned his life around after years of drug addiction and serving time in prison. Michael Douglas has really bent over backwards trying to rescue his son in real life after losing a brother years ago to drug addiction. Now he’s trying to help Cameron launch an acting career. Their real life story is as moving as any film they could make.

Howard Deutch is direcring “Blood Knot,” which was written by Rowdy Herrington