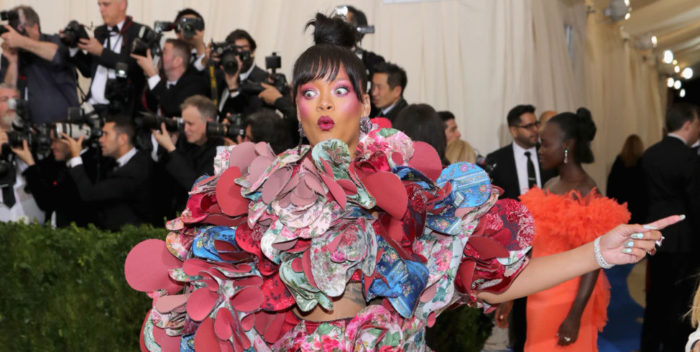 You know, I love Rihanna’s voice. So the amusing facts of her first single in six years I won’t make fun of.

But still: it took at least four people to write “Lift Me Up” for the “Wakanda Forever” soundtrack. The press release says it was recorded in no less than FIVE countries. Come on. Was one of those countries Wakanda itself?

Anyway the song is coming tomorrow night at midnight. The people getting publishing credits are Tems, Oscar winner Ludwig Göransson, Rihanna and “wakanda Forever” director Ryan Coogler. The song is a tribute to Chadwick Boseman, who tragically died two years ago. His T’Challa character is killed off in the movie.

Who is Tems? She’s a Nigerian born singer songwriter named Temilade Openiyi. She actually wrote the song, I guess. Everyone else jumped on. I like her: we share a birthday. Go, Tems!