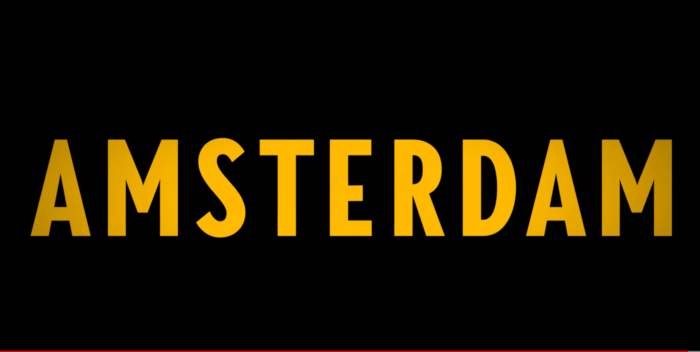 The review embargo for David O. Russell’s “Amsterdam” was supposed to be October 4th. Instead last night reviews began seeping out and by morning they were on Rotten Tomatoes. They are very negative. The reason? It’s a mess.

“Amsterdam” is a period piece, set in the pre-World War II era, with an all star cast: Margot Robbie, Christian Bale, and John David Washington are the main trio, but Robert DeNiro is featured and so are Chris Rock, Mike Myers, Michael Shannon, Matthias Schoenaerts, Rami Malek, Anya Taylor-Joy and what seems like dozens more well known actors.

Taylor Swift even makes a brief appearance at the start of the movie. The film looks great because Emmanuel Lubezki was the cinematographer. But after that, we’re in trouble.

The idea for “Amsterdam,” according to Russell — who’s made a lot of great movies — came from lunches he had over a five year period with Bale, who’s starred in his films “The Fighter” and “American Hustle.” I hope they ate well, they must have had a lot to drink because none of “Amsterdam” makes sense.

The movie is supposed to allude to or comment on social and political events concerning the rise of fascism in a pre-Nazi world, but without footnotes and a discussion sheet there’s no way of knowing what’s going on. Confusing is a kind of way of putting it. I do think the problem here is that Russell needs structure. He’s always worked from strong books adapted into scripts. Here there is no foundation and everything just starts to unravel.

Bale is a doctor experimenting with new pain relief treatments for soldiers, Washington is a lawyer, and Robbie an artist. They get caught up in a complicated conspiracy that leads them to DeNiro post-war, a decorated retired Marine who is supposed to anchor the mess we’ve just seen. DeNiro can do no wrong, but he also can’t undo what we’ve seen. With Malek twirling his mustache (he’s become a great movie villain but it’s time for the Peter Lorre story), “Amsterdam” propels toward an ending, of some kind.

Russell, as I said, has made many really great films. His heart is always in the right place. But here “more was more.” Somehow this massive carnival of ideas got away from him. It’s all too much, it’s wildly unfocused, and after 20 to 30 minutes “Amsterdam” becomes work no one wants to do.