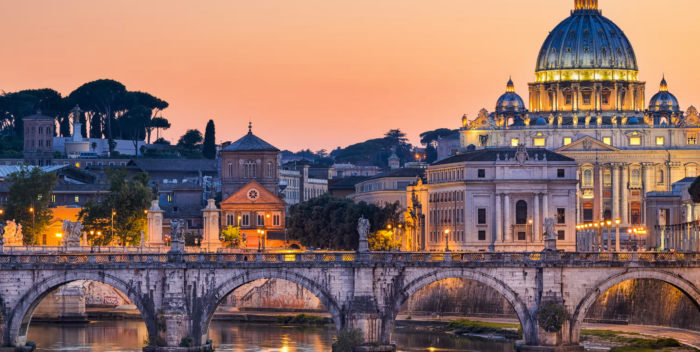 Get ready for movies, pasta and gelato…The Rome Film Festival is coming! Running from Oct 13th-23rd, The fest will host 130 titles on 28 screens across the city. Under new management and with top tier talent attending, the fest is boosting their profile to join the prestigious European film festival circuit.

James Ivory will be lauded with a career honor and the debut of his new documentary, “A Cooler Climate.” There will be a retrospective of his films, included “Mr. and Mrs. Bridge” starring Paul Newman and Joanne Woodward. And Melissa Newman, their daughter, is coming to the fest for the Ethan Hawke directed “The Last Movie Stars” on HBO Max. Hawke is also in the Rodrigo Garcia’s Road trip film “Raymond & Ray” co-starring with Ewan McGregor. James Gray will be there for his” Armageddon Time.”

Russell Crowe will be going again to Rome, (not as a gladiator) to promote his second directorial effort “Poker Face.” Crowe plays a tech gambler billionaire in the world of high stakes betting, Liam Hemsworth co-stars. The film will debut at the Fest’s ‘Alice in the City’ section.

This is Italy after all, so the fest will open with an Italian film that premiered in Toronto, “The Hummingbird,” which won the Premio Strega 2020, Italy’s top literally prize. Other films are Stephen Frears “The Lost King” Abel Ferrara’s “Padre Pio” and fest fave “Bros.” The Fest is also inaugurating the launch of an international competition as well as their jury awards prizes for best director and screenplay, as well as the Monica Vitta award for best actress and the Vittorio Gassman award for best actor.

The Rome fest is now run by noted RAI Cinema executive Paola Malanga as the artistic director and Gian Luca Farinelli as president. Farinelli recently said in a press conference that “We tried to bring recognition to the festival on the international scene guided by a simple polar star. The festival is not Cannes, Venice or Berlin. So what is it? It’s a pluralist, international festival, which is also a party for Rome. The title of the competition is not by chance. The committee has looked for independent, international cinema, by new auteurs, who tomorrow will perhaps be at Cannes, Venice and Berlin.”

The Rome Fest has captured the cinematic attention of Hollywood and the beyond. Bravo!