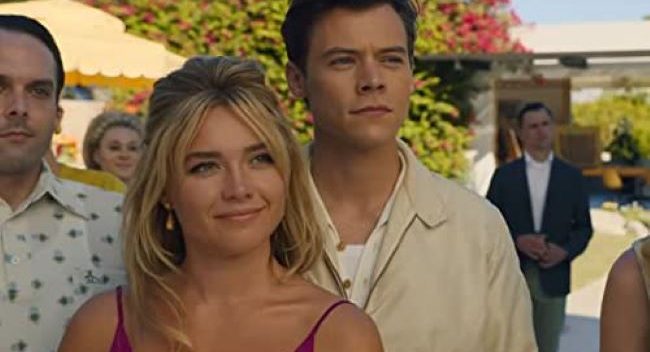 There are still some worries, but last night Harry Styles fans turned out for his big movie.

Preview showings produced $3.1 million at the box office, a lot more than anyone could have predicted considering the reviews. (That’s a 36% on Rotten Tomatoes.)

But Styles fans bought a lot of tickets. The movie is looking at a possible $20 million weekend if the Style-istics keep coming back to see their pop star idol bury his head under Florence Pugh’s dress a couple of times.

Meantime, “The Woman King” fell by another 10%.