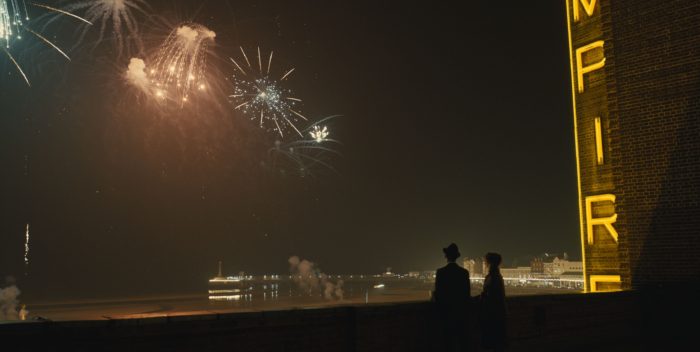 The Hamptons Film Festival will celebrate its 30th anniversary by running over two weekends, a total of 10 days, for the first time ever. I’m impressed that they’ve picked up a four star slate of the best movies of the fall.

They include one of my favorite Toronto offerings, “Empire of Light,” from Sam Mendes starring Olivia Colman. They’ve got Hugh Jackman in “The Son,” Harry Styles in “My Policeman,” Colin Farrell in “The Banshees of Inisherin,” and a spectacular Netflix film called “The Swimmers” that is unaccountably not in the New York Film Festival and could be the “CODA” of 2022.

The list is sensational. The opening night film is the excellent “Living” starring Bill Nighy. The centerpiece films are Hugh Jackman in Florian Zeller’s “The Son,” and Sarah Polley’s “Women Talking.” Closing night is “Sr.” as in a film about the late director Robert Downey Sr. commissioned by his Iron Man, RD Jr.

I’m very excited to see Peter Hedges’ “The Same Storm,” plus Brendan Fraser in Darren Aronofsky’s “The Whale,” Laura Poitras’s Venice award winning film about the opioid epidemic, and “She Said” about the Harvey Weinstein investigation. There’s also the very hot “Decision to Leave” from Korean director Park Chan-Wook, and an eye opening documentary produced by Hillary and Chelsea Clinton called “In Her Hands,” about women during the fall of Kabul.

Plus, it’s the fall, it’s the Hamptons, ghe best place in the most wonderful time of the year.

There’s a lot more. Tickets and passes are on sale click here.

PS Visiting the Hamptons doesn’t have to be expensive. Check AirBnB for a lot of finds.