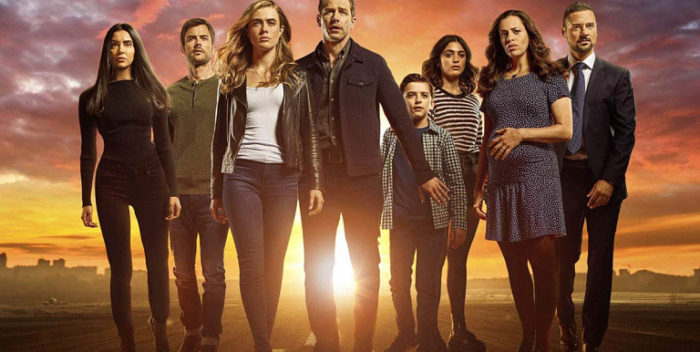 I told you 13 months ago exclusively that “Manifest” — which NBC cancelled — was not over by a long shot.

Netflix picked up the show, to the delight of its ardent fans for two more seasons. Otherwise, the series would have ended on a cliffhanger.

Now I can tell you “Manifest” will return with Part 1 of Season 4 on November 4th. Season 4 of will be released in two parts consisting of 10 episodes each.

Maybe we’ll start to get some answers about what happened to all these people! If only NBC hadn’t rocked the boat so Dick Wolf could get a whole night of “Law & Order.” Now “SVU” has lost its EP and one of its stars, “Organized Crime” lost its EP and is trying to figure itself out, and the returned classic show lost its star.

Anyway, here’s what Netflix has to say in a press release:

“When Montego Air Flight 828 landed safely after a turbulent but routine flight, the crew and passengers were relieved. Yet in the span of those few hours, the world had aged five years — and their friends, families and colleagues, after mourning their loss, had given up hope and moved on. Now, faced with the impossible, they’re all given a second chance. But as their new realities become clear, a deeper mystery unfolds and some of the returned passengers soon realize they may be meant for something greater than they ever thought possible in this emotionally rich, unexpected journey into a world grounded in hope, heart, and destiny.

“Season 4 Synopsis: Two years after the brutal murder of Grace turned their lives upside down, the Stone family is in shambles as a devastated Ben continues to mourn his wife and search for his kidnapped daughter, Eden. Consumed by his grief, Ben has stepped down from his role as co-captain of the lifeboat, leaving Michaela to captain it alone, a near impossible feat with the passengers’ every move now being monitored by a government registry. As the Death Date draws closer and the passengers grow desperate for a path to survival, a mysterious passenger arrives with a package for Cal that changes everything they know about Flight 828 and will prove to be the key to unlocking the secret of the Callings in this compelling, mind-bending, and deeply emotional journey.”