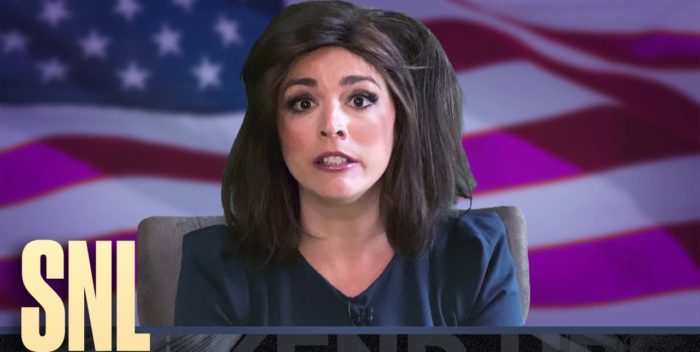 Cecily Strong, one of the most popular members of the “Saturday Night Live” troupe, will miss the first month of the new season this fall.

Strong will instead star in Jane Wagner and Lily Tomlin’s “The Search for Intelligent Life in the Universe” in Los Angeles. This is the same production from New York that took place last winter.

Last year, the “SNL” season began on October 2nd with four shows in a row. Strong’s run in “The Search” is set for September 21st through October 23rd. It could extend if successful, although the one thing in “SNL”‘s favor is that L.A. is not a theater town. A four week run is considered a triumph.

It’s strange that the theater run was scheduled to overlap with “SNL” and not when the show is on hiatus. Strong is much needed right now on the comedy show since several of its performers left in June after long runs including Kate McKinnon and Aidy Bryant. Strong, when she does return, would be the show’s leading lady without question.

On the plus side, I saw Strong in “The Search” in New York and she was terrific. She was the first ever performer that Wagner and Tomlin ever allowed do the one woman show other than Tomlin. So of course Strong, who is likely in her last year at “SNL,” wants to show off for her L.A. friends and industry types.

But who will play Judge Jeannine Pirro guzzling her box of wine?