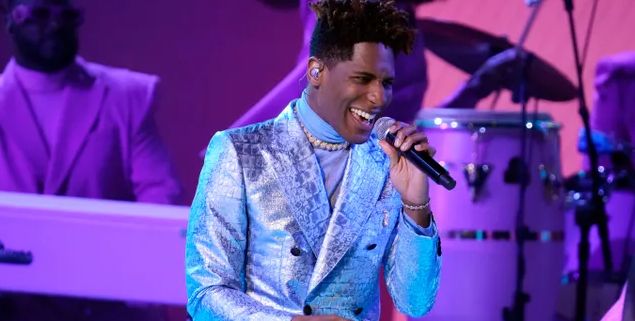 Last month, Jon Batiste announced he was taking the summer off as Stephen Colbert’s band leader.

Last night, Colbert dropped the other show: Batiste is not coming back. Colbert was his usual gracious self, wished Batiste well, said he hoped he was leavinb to make a new record win more Grammys.

In January, Batiste won Album of the Year at the Grammys. He’s got an Oscar, too, for “Soul.” So has matriculated, graduated, and is off to be a star.

PS Batiste has a new record out called “Sweet” with Diane Warren and Pentatonix. See below.