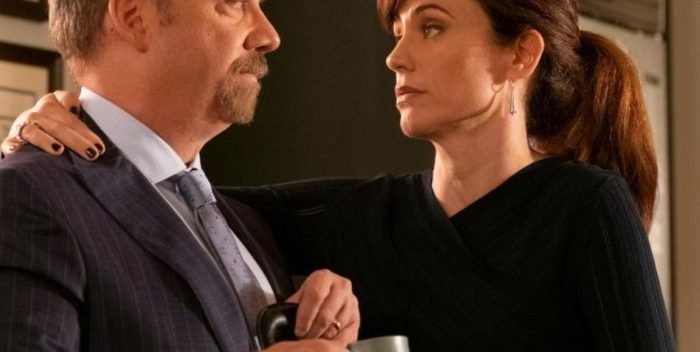 The Emmys have turned into an awards show for just a few shows.

The preponderance of nominations went to “Succession,” “Squid Game,” “White Lotus,” “Hacks,” “Mrs. Maisel,” “Only Murders in the Building.” Most of those shows are on Netflix, HBO, and Amazon.

Even Netflix’s “Stranger Things,” which got 13 nominations, had none for acting. None, not even for Matthew Modine and Sadie Sink, who deserved it.

Showtime’s “Billions” was ignored, as usual, which is disgraceful. So was HBO’s “The Gilded Age.”

Even worse, there was nothing for two Paramount Plus shows: “The Offer” and “The Thing About Pam.” The Emmys simply snubbed Renee Zellweger in the latter movie. Not nice.

But “The Offer” featured a winning performance by Matthew Goode as Robert Evans. And Miles Teller was equally good as Al Ruddy. The series was top notch. That this series was omitted is really criminal. Matthew Goode should sue!

There were plenty of other series and actors who deserved recognition. But the TV Academy went very narrow. The Academy reports these multiple noms:

I’m sorry. Maybe no one person should be allowed more than one nomination. It doesn’t seem quite fair. Is it just that the voters are lazy and only watch certain shows, pulling all their nominees out of that group? Sure seems like it. Four of the six nominees for Best Supporting Actress in a Comedy are from “Hacks.” Should that have been allowed? The sheer weight of that show hurt another potential HBO nominee, Tracey Ullmann, from “Curb Your Enthusiasm.”

Well, another strange year. And for broadcast TV, with nominations just from “Abbott Elementary” on ABC, a disaster. There was NOTHING on network TV of quality otherwise? I find that hard to believe, sorry. Just look up the work of Sterling K. Brown or Mariska Hargitay.