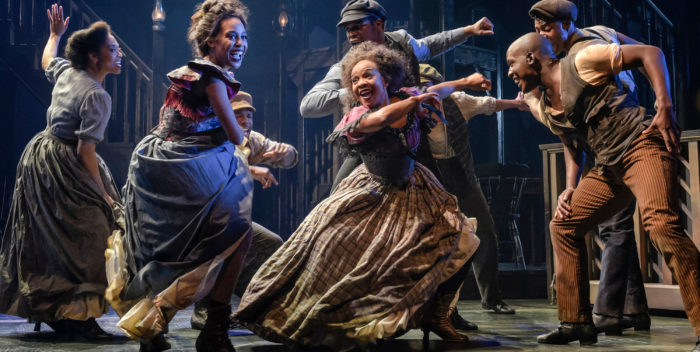 “Paradise Square” : I told you weeks ago this musical would shut down. Now comes the announcement that Sunday will be its last performance.

Usually when shows close they give more than a week’s notice. But “Paradise Square” has a lot of legal trouble. Actors Equity is suing the producers for around $350,000 in owed benefit contributions, wages and other fees.

I’m surprised that’s all. “Paradise Square” was produced by an actual criminal, Garth Drabinsky, who was only recently allowed to travel to the US from his homeland, Canada, where he was convicted of fraud.

The show has been running at a loss for weeks. Last week they played to 48% capacity houses and a total take of just $266,926. Even with a win for Joaquina Kalukango as Best Actress in a Musical, Drabinsky could not make it work. “Paradise Square” was capitalized at $15 million, all of which is lost. Just wait til the investors come calling.

Drabinsky says he plans a national tour, but with a huge cast the show would have to be retooled scaled way down before it could hit the road.